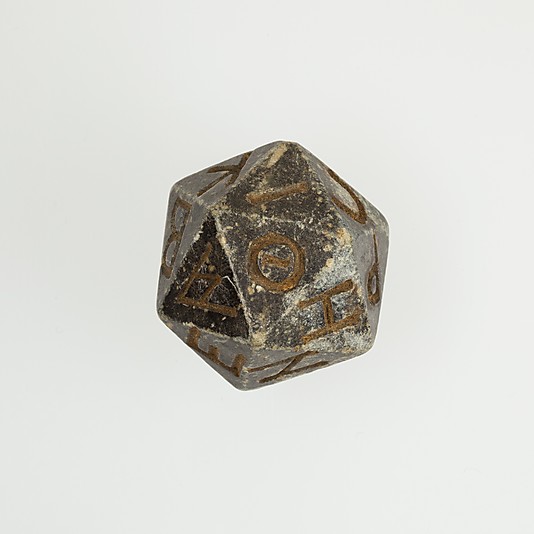 Because it doesn’t have Arabic numerals on it. io9 hypothesizes that this die (and another in the same collection) that dates from the Ptolemaic Period (that’s roughly between 300 and 30 BC) is the oldest D20 in the world.