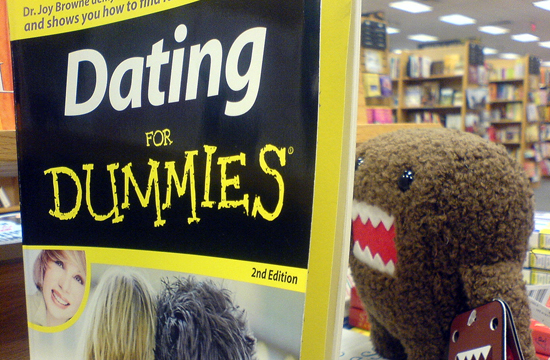 One of the unfortunate happenstances of the digital age we live in is the fact that items like iPhones have become increasingly more likely to be stolen. Everyone wants the latest phone, tablet, computer, or whatever the newest thing companies like Apple are producing. So when an iPhone is lost, chances are there’s someone else out there fiddling with it. That’s what happened to Nadav Nirenberg this past New Year’s Eve. He lost his phone, and another scurrilous individual decided to keep it. How did Nirenberg know someone had it? Well, he received an email alert that the person had been messaging the ladies through OkCupid on it. That’s when things got interesting.

Nirenberg created a fake OkCupid profile featuring a picture of a young and busty woman titled “Jennifer in BK.” This Jennifer Gonzalez then began messaging the unsuspecting thief, which is a little creepy when you think about it. Wait. Strike that. It’s actually really creepy.

The crook suggested the two meet, to which Nirenberg quickly agreed and requested the two meet at an address that just so happens to be Nirenberg’s apartment. As for how he convinced the thief that he was a lady, Nirenberg said, “I used lots of winks and smiley faces so I would seem like a girl.” Seems legit.

When the bandit showed up at Nirenberg’s door, he was all decked out and ready for a date. He even had a bottle of wine. That’s when Nirenberg tapped the man on the shoulder from behind and brandished a hammer before demanding the return of his phone. After a short exchange, and $20 later, he had it back. The iPhone was recovered.

As successful as this story seems, we don’t advocate trying this at home. A hammer’s not liable to stop someone that’s really keen on keeping a stolen object. That said, everyone that’s ever had something stolen from them can certainly take a little slice of justice away from this.

(via NYPost, image via ZakVTA)