Okay but Is Lin-Manuel Miranda in Star Wars: The Rise of Skywalker Then? 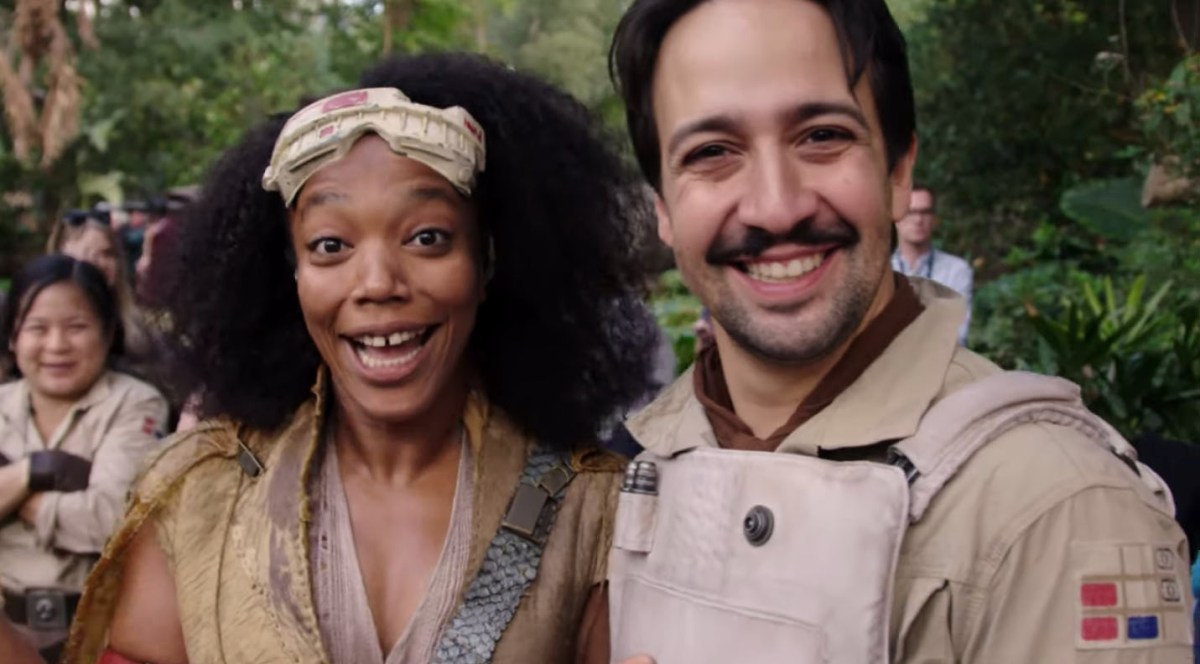 There comes a moment when you have to question everything about Star Wars, and that moment is now, and the question is … is Lin-Manuel Miranda actually in The Rise of Skywalker? The Hamilton creator and star appears briefly in a video dedicated to the love that many of us have for Star Wars, and at first, that isn’t surprising. He’s written music for the series and often talks about his love of the franchise.

What’s surprising is that Miranda is wearing a costume and standing next to Naomi Ackie (who is playing Jannah in The Rise of Skywalker), and it came as a shock to many fans to see him in costume, having the time of his life on set. The video itself is very emotional as a Star Wars fan, though so, get your tissues and prepare yourself so you can catch a glimpse of Usnavi (yes, I like In the Heights a lot, thank you) dressed as a member of the Resistance.

While a brief moment, it got fans talking—mainly because this is the first we’d heard about Lin-Manuel Miranda being attached to Star Wars outside of his Cantina song.

He isn’t the first star to have a brief cameo in the series, either. Both Ed Sheeran and Daniel Craig have played stormtroopers because they’re fans, but … why are there no women getting these cameos? I know there are famous ladies out there who love Star Wars too, so … maybe we can get them on this cameo list?

IF HE SAYS “HERE COMES THE GENERAL” OR “RISE UP” pic.twitter.com/AFExfMqQMO

“Guys, I’m *probably* not in Star Wars” might be the humblest flex I’ve ever seen 😂😂😂 pic.twitter.com/Xuy2DgcEvT

Miranda finally took to Twitter to address the situation.

👀
I went to visit the set on a day off from Wales and JJ threw me in a costume… one of the best days of my life to watch the magic happen but I’m pretty sure I’m not in it 😬 https://t.co/75rJdjwhx5 pic.twitter.com/f7J3rb018c

Does this mean that we’re going to see him in The Rise of Skywalker? I sure hope so. Lin-Manuel Miranda is living every Star Wars fan’s dream. If I were talented enough to write a Cantina song, I’d also want to be in the latest movie as an extra. Where can I sign up to be on the list that Miranda, Ed Sheeran, and Daniel Craig have apparently gotten on?