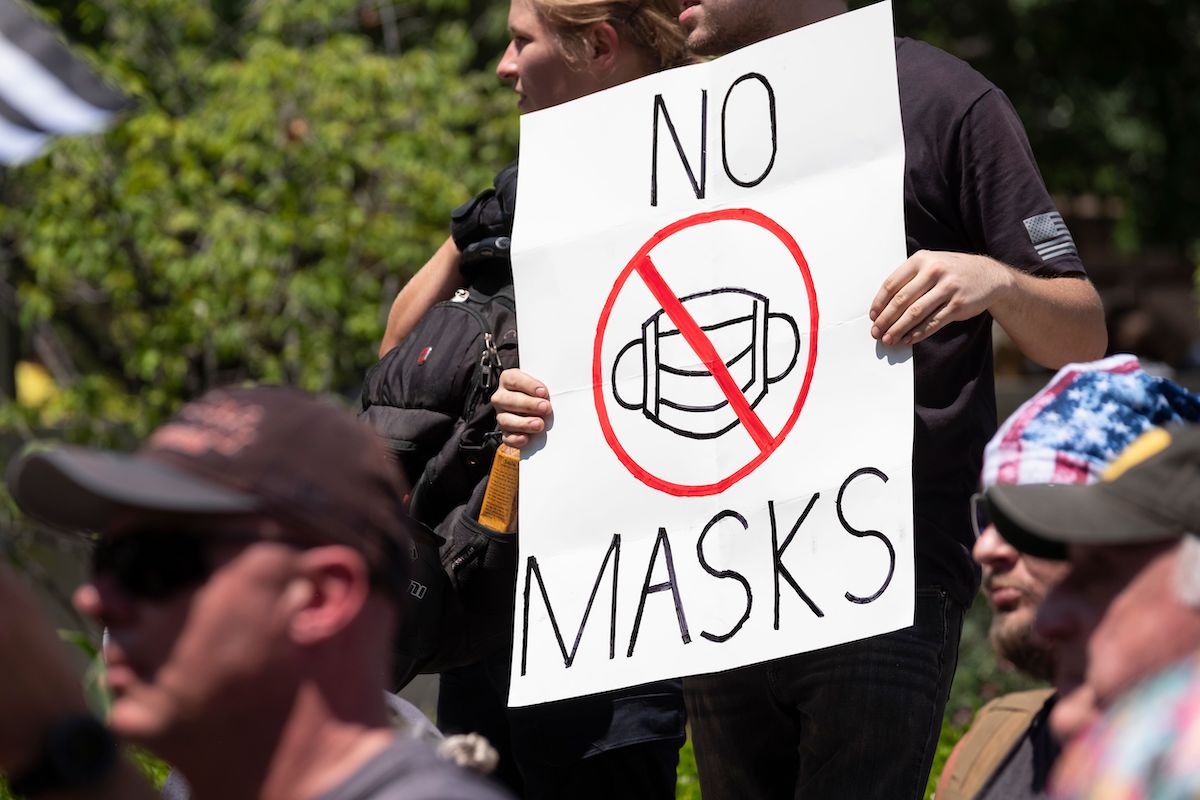 Back in 2018, Renea Turner ran for governor of Ohio as a write-in candidate in the Republican primary. She lost to Mike DeWine, but that hasn’t stopped her from just going ahead and declaring herself the governor of the state anyway.

In a video posted to her Facebook page, Turner makes a “declaration” that Ohio is no longer under the rule of DeWine, who she calls a “tyrant.” She reads from the Declaration of Independence, which she seems to misunderstand on a fundamental level. (“I am that ‘one people,'” she interjects at one point, with the power to “dissolve the political bands” of her state, apparently not realizing that “one people” and “one person” are very different things.) She then puts her hand on a Bible and takes the official Governor’s oath of office. She even got some papers notarized.

Amazingly, Turner’s declaration does not seem to have made her the governor. Instead, she faced an investigation by authorities after a local man reported her to the police for allegedly plotting not just to overthrow DeWine, but to kidnap and arrest him. (Turner told Cleveland.com that she wasn’t planning to kidnap DeWine, just place him under house arrest.)

The main reason for her anger at DeWine appears to be his response to the coronavirus pandemic. In another Facebook post, she revealed that her mother died recently and accused the hospital of deliberately killing her in order to increase their number of deaths related to COVID-19. It’s tragic that so many people have lost loved ones recently, but most of us don’t resort to conspiracy theories and kidnapping plots.

I say “most of us”, but kidnapping weirdly has become an increasingly popular solution to some right-wingers’ displeasure with their leadership’s response to the virus.

In Wichita, Kansas, a man was arrested for reportedly threatening to kidnap and kill the city’s mayor, Democrat Brandon Whipple, over his mask mandate.

In a series of text messages, the man “said he was going to kidnap me and slash my throat and he needed my address because I needed to see the hangman — me and everyone who, something about tyranny,” Whipple told the Wichita Eagle.

And in Michigan, six men were charged with plotting to kidnap Michigan governor Gretchen Whitmer over her COVID-19 response. It was an idea so popular, apparently, that a local sheriff felt the need to defend the men and justify their anger. Because a lot of grown adults cannot handle having to wear a mask on their face when they go to Target or whatever.

There’s really no transgression that would warrant kidnapping (and murder!) as a response, but this is all in response to government officials who simply acknowledge that there is a virus killing hundreds of thousands of people in this country and taking the most basic steps possible to try to mitigate its spread. And that is what some people think is worth all of this anger.

(via The Independent, image: JEFF DEAN/AFP via Getty Images)