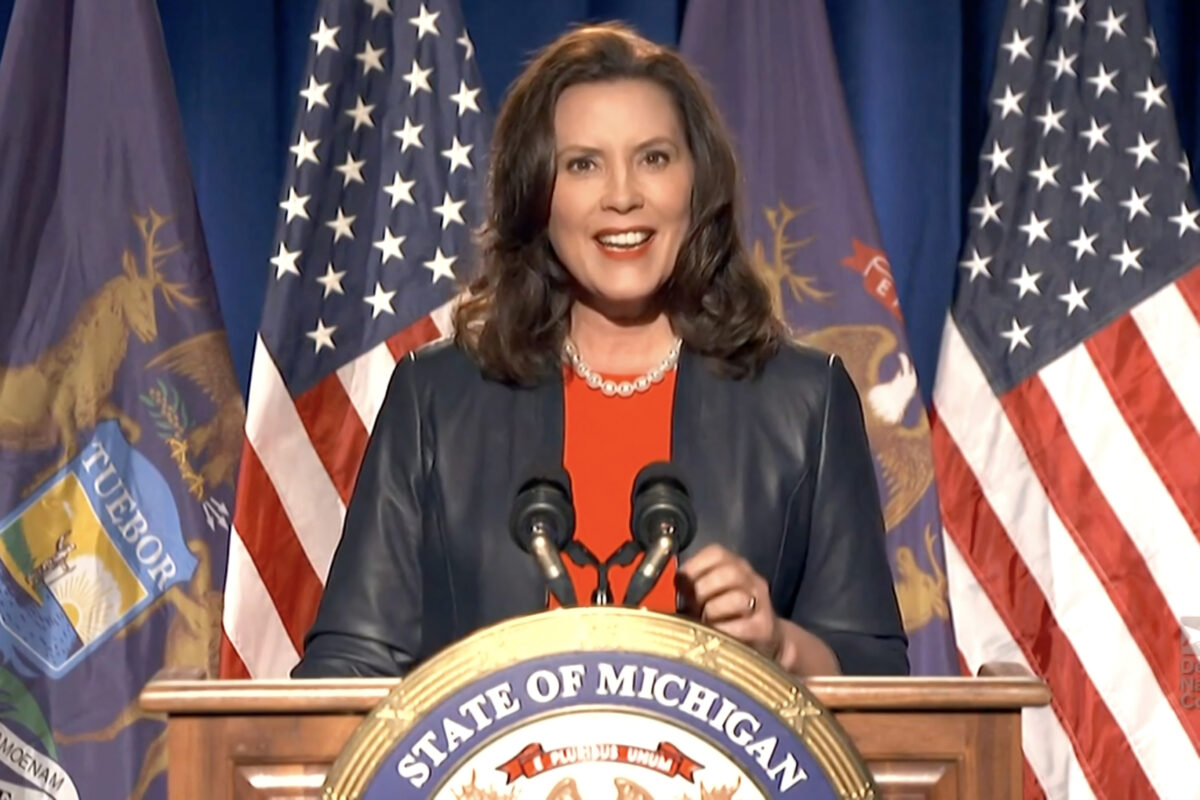 The FBI announced that it has charged 6 men with a plot to kidnap Michigan Governor Gretchen Whitmer and stage a coup to take over the state government. The feds charged Michigan residents Adam Fox, Ty Garbin, Kaleb Franks, Daniel Harris, Brandon Caserta, and Delaware resident Barry Croft with conspiracy to kidnap Whitmer after the group reached out to members of a local Michigan militia known as the Wolverine Watchmen.

According to the court filing, four of the accused men had planned to meet yesterday to “make a payment on explosives and exchange tactical gear.” The affidavit also alleges that the men surveilled Whitmer’s vacation home and discussed kidnapping her before the November election.

The FBI had been tracking the group for several months, first via social media and then with informants and undercover agents. According to the affidavit, “The group talked about creating a society that followed the U.S. Bill of Rights and where they could be self-sufficient,” adding, “They discussed different ways of achieving this goal from peaceful endeavors to violent actions. At one point, several members talked about state governments they believed were violating the U.S. Constitution, including the government of Michigan and Governor Gretchen Whitmer.”

Whitmer gave a press conference this afternoon where she thanked law enforcement and the FBI for their swift action. Whitmer then took Trump to task, saying the president “spent the past seven months denying science, ignoring his own health experts, stoking distrust, fomenting anger and giving comfort to those who spread fear and hatred and division.”

She added, “Just last week the President of the United States stood before the American people and refused to condemn White supremacists and hate groups … ‘Stand back and stand by,’ he told them. ‘Stand back and stand by.’ Hate groups heard the President’s words not as a rebuke but as a rallying cry, as a call to action. When our leaders speak, their words matter. They carry weight. When our leaders meet with, encourage, fraternize with domestic terrorists, they legitimatize their actions and they are complicit.”

Whitmer: “Our head of state has spent the past 7 months denying science, ignoring his own health experts, stoking distrust, fomenting anger, & giving comfort to those who spread fear … just last week, POTUS stood before the people and refused to condemn white supremacists.” pic.twitter.com/LKfUht5rD4

These arrests come after a tumultuous year in Michigan, where the capitol was stormed by heavily armed right-wing militia members protesting the state’s stay at home order in May.

Michigan Senate Majority Leader Mike Shirkey (R-Clarklake) released a statement saying, “A threat against our Governor is a threat against us all. We condemn those who plotted against her and our government. They are not patriots. There is no honor in their actions. They are criminals and traitors, and they should be prosecuted to the fullest extent of the law.” It should be noted that when Democrats proposed banning guns from the capitol building for the safety of its members, Shirkey called the ban “cowardly.”

The plot also comes after Donald Trump encouraged division and rebellion by tweeting “LIBERATE MICHIGAN!” to his millions of followers, and repeatedly denigrating Gov. Whitmer.

This also comes just days after Senate Republicans prevented a vote on the Domestic Terrorism Prevention Act of 2020, which was unanimously passed the House. The bill “would enhance the federal government’s efforts to prevent, report on, respond to, and investigate acts of domestic terrorism by authorizing offices dedicated to combating this threat; requiring these offices to regularly assess this threat; and providing training and resources to assist state, local, and tribal law enforcement in addressing it.”

We must all condemn and combat white supremacy. Republicans had a chance to go on the record last week and pass my Domestic Terrorism Protection Act—but shamefully, they objected. https://t.co/JW8G1FkWoi

Sen. Dick Durbin (D-IL), who sponsored the bill in the Senate, said “Violent white supremacists continue to pose the most significant domestic terrorism threat in our nation. For too long, we’ve turned a blind eye and haven’t seriously addressed this evil in our own backyard.” Republicans cited “technical concerns” with the bill, with Sen. Ron Johnson (R-Wisconsin) claiming that the DOJ told him the bill would “seriously impede their ability to work in the domestic terrorism space.”

Since Trump was elected in 2016, the president has consistently incited violence and encouraged militias and white supremacist groups. When pressed on the issue at the first debate, he refused to condemn the Proud Boys, instead telling them to “stand back and stand by.” A report from the Southern Poverty Law Center (SPLC) found that white nationalist hate groups in the US have increased 55% during Trump’s tenure.

And while Trump and the Republicans blame violence and destruction on “Antifa,” even our own intelligence agencies dismiss those claims. FBI Director Christopher Wray even said, “We look at Antifa as more of an ideology or a movement, than an organization,”.

The bottom line is, Republicans have zero interest in combatting white supremacy and violent extremist groups since that is their voting base. They literally do not care about the safety of their Democratic colleagues, and continue to turn a blind eye to their president’s hateful rhetoric. It’s time to vote them all out.

(via The Detroit News, featured image: Handout/DNCC via Getty Images)