THE Official Ranking of the 10 Best “Joker Dancing to …” Mashups 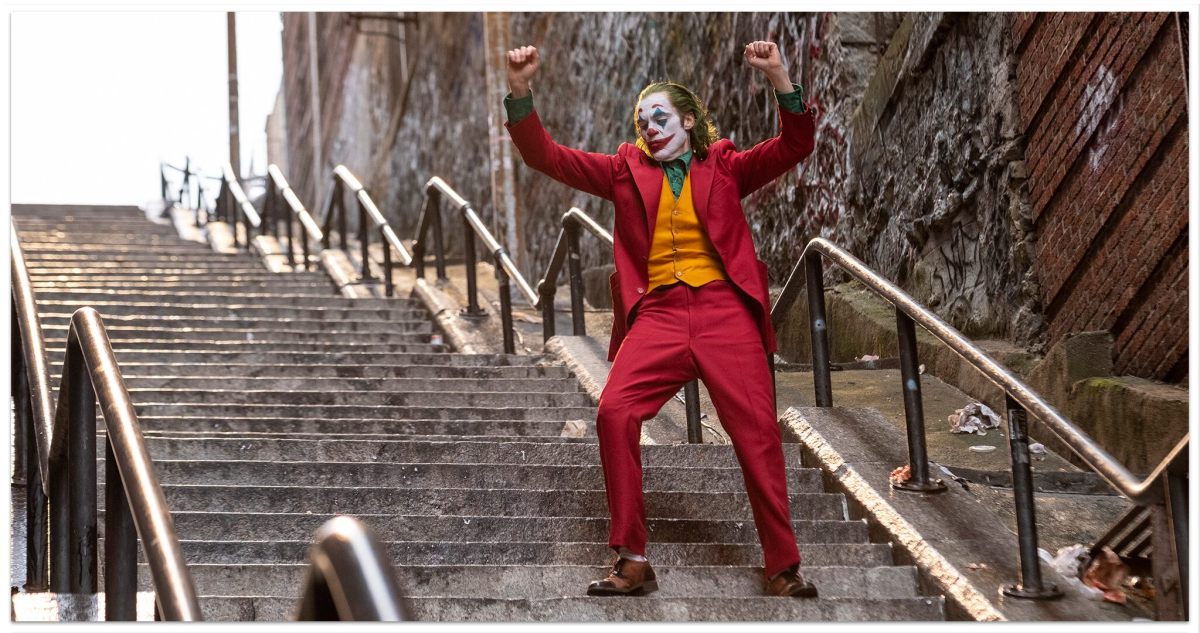 All Joker news, all the time! Just kidding. That would be extremely terrible.

However! People have begun taking the now-infamous dancing-on-the-steps scene from the film and using different songs (across all decades and genres) to score it. I took it upon myself to find the ten best “Joker dancing to …” mashups and rank them from worst to best, accordingly. My rulings are objectively correct and are hereby decided forthwith and forever. Don’t @ me!

10. “Stuck in the Middle With You” by Stealers Wheel

This gets last place because it is just SO dang obvious. We get it. You want to remind everyone about Reservoir Dogs and the ear cutting scene. We never forgot about it. Also, Arthur Fleck is much more of a Mr. Pink than a Mr. Blonde. Just saying. The beauty of these mashups is in the conflict between the song and the content, so the weirder or more ill-fitting the choice seemingly is, the more satisfying it is for the viewer when the beats of the two diametrically opposed forces line up. This just feels like it’s beating you over the head with a hammer, and come on, that’s Harley’s job. Next!

This is what I’m talking about! I like picturing the Joker as an immortal being akin to a Timelord. Maybe he IS The Master/Missy. I would watch that crossover episode! Unfortunately, it’s just not as funny to watch as some of the others higher up on the list.

What is the Joker dancing to today? pic.twitter.com/kzmu3GLHsk

Listen. I’m a millennial. I unironically love “Yacht Rock.” I have made this peace with myself. In the same way that I have accepted that I will buy every single pumpkin-flavored item at Trader Joe’s this fall, I have also accepted that if there is a Toto/pop-culture mashup, I will love it and share it. Plus, it’s just very very good when he throws his hands up in the air to celebrate the “rains down in Africa.” Just … objectively great.

This one just actually works for the film, so I felt obligated to put it in.

You might not think this works, but just listen to the lyrics: “These people ‘round here/Were beaten down, eyes sunk in smoke-dried face/They’re resigned to what their fate is/But not us (no never) no, not us (no never)” That’s him! Plus, this song nails the whole happy on the outside, sad on the inside schtick that is this movie in a nutshell.

My favorite show about entitled assholes that feel sad! Plus, the theme is just killer. This goes together like chocolate and peanut butter.

what white people look like when the succession theme plays pic.twitter.com/npPreZYLJn

Top three! This one is just truly, truly stunning—practically perfect in every way. Plus, Nicki quotes heavily from Sir Mix-a-lot, which makes it, in itself, its own mashup. Mashup on mashup people! It’s a Meta Mashup!

All hail Queen Brit Brit! Also, a song about toxic love works for a character who has decided to dive head first into the toxic masculinity sludge pool! Plus, some of his high kicks line up with the beat, and that is *chef’s kiss* my favorite.

Lizzo will always be number one! ALWAYS. Also, this mashup truly encapsulates the spirit of what makes a good mashup work. “Why are men great till they gotta be great?” playing over our boy Fleck dancing up a storm before (and after) going on a killing spree because no one would recognize his greatness? I love it.

Now, I have to say that, within the whole context of the film, the real song choice for this dance number (“Rock and Roll Part 2”) does work, because (like most of what we’ve been following) it’s playing in Arthur’s head. He’s a man who has been suffering for numerous reasons, and now, he has let himself go. He is embracing the delusions, the anger, and the self righteousness. So, of course he’s going to dance to the fight song that is still played in stadiums during major sporting events across America.

I also think using a Gary Glitter song specifically (though I hate that he is getting royalties or making any money at all) is a clue—a nod to the audience, that even if we feel compassion for Arthur, we aren’t supposed to root for him to go murder people. He is still a bad guy. He is choosing the path of violence. He may feel triumphant, but he has still chosen the path of becoming the oppressor.

Anyways, Lizzo is perfect and every movie would be better if it had her music in it! I REST MY CASE.