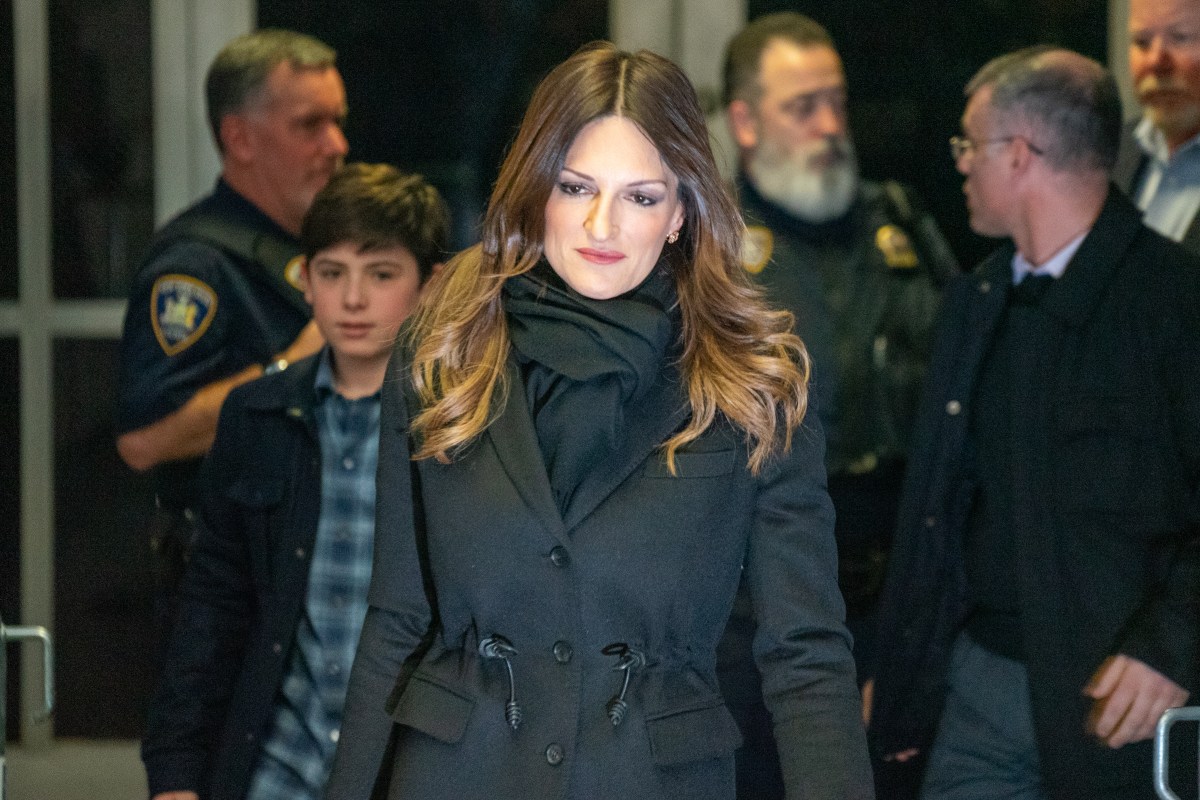 Harvey Weinstein apparently knew from the beginning that he’d need a female lawyer. Or at least, that’s what Donna Rotunno, who is defending Weinstein, said in an interview for The Daily with Megan Twohey. The beginning half of the interview is a lot of Rotunno giving us the reasoning behind her taking on this case in the first place, but it’s easy to see why someone would defend Weinstein if they’re willing to blame victims.

Rotunno points out that women made a “choice” to text Weinstein even after the alleged assaults, and if they made that choice to keep their careers, then … oh well? Twohey continues to, in my opinion, drive the conversation perfectly, asking Rotunno to go on and explain in more detail what she means because, as it stands, it sounds like she’s saying that women then have a choice whether or not they get sexually assaulted. Rotunno quickly cuts her off, saying that she’s not “putting all the responsibility on the woman” (which she is).

And while Rotunno goes on to continue to make muddled points (continually, again, putting the blame on women) that don’t make much sense (no really, she keeps basically saying that women going with Weinstein to hotel rooms to look at scripts was the problem, and not Weinstein), the real meat of this entire exchanged happened when Twohey asked if Rotunno had ever been sexually assaulted.

The interview comes to an end, and Twohey asks if anyone has any other questions, bringing up that she wanted to ask whether or not Rotunno had been assaulted. She says no, and it seems like that is that until Rotunno, basically, whispers, “Because I would never put myself in that position.”

Twohey (like myself) can’t let that stand and follows up for Rotunno to clarify what she means—essentially just repeating what Rotunno said and asking her to explain her terrible statement without Twohey seeming like she’s putting her own opinion on it (a truly brilliant move).

Rotunno responds, “No, I’ve always made choices from college-age on where I never drank too much, I never went home with someone that I didn’t know, I just never put myself in any vulnerable circumstance. Ever.”

What’s damaging and frightening about this is that it shows Rotunno’s point of view clear as day, and that’s that she blames victims for being sexually assaulted. She also makes the “point” that she never went home with someone that she didn’t know, as if someone you know cannot sexually assault you. I’m glad that Rotunno has never experienced that, but the way she’s speaking is extremely dismissive to victims and those who trusted someone they knew.

But Rotunno backtracks on her point when Twohey calls her out, saying that she took precautions to keep herself from getting sexually assaulted, which … great? What does that even mean? That’s still not an excuse for any kind of victim-blaming language. Precautions don’t always work, especially because she said that she would “look around” when she went out at night, as if that’s that.

When Twohey brings it up, Rotunno says that if the precautions don’t work, then it’s a totally different conversation. It isn’t, but that’s apparently what Rotunno believes. What level of “precautions” need to be taken before the conversation changes and it’s no longer the victim’s fault for not being “careful” enough? Why does Rotunno think she, or anyone, should be the judge of that?

She also seems to believe that victims cannot be sexually assaulted by someone they know, just strangers in dark alleys—an outdated and hugely incorrect way of thinking, frankly, and one that shows her true colors more than anything.

Megan Twohey brings up that victims can still be sexually assaulted by someone they know and Rotunno responds with “Sure, anything is possible, Megan,” which basically completely contradicts every point she was making previously.

But it’s the victim-blaming that’s most upsetting. Rotunno is dangerous because she is pushing a narrative that states that if you go into a situation that can be read a certain way but it’s not what you want, then part of that blame is on you. That’s what Rotunno is saying, even if she thinks she isn’t.

That right there is the problem. Why should anyone get to be the judge of when we should expect to be assaulted? That’s telling me I can’t wear shorts because a man might then think it’s an invitation to say something about my legs. That’s telling a woman that because she went to a room for a business meeting and was sexually assaulted, well she shouldn’t want to be successful in the first place. Even saying the blame should be “equal” means that you’re, essentially, just blaming the woman.

Don’t worry, though. When asked about what men can do, Rotunno says to make their intentions clear (okay then) but then to finish the conversation out, Rotunno truly said this:

“If I was a man in today’s world, before I was engaging in sexual behavior with any woman, today, I would ask them to sign a consent form.”

And she was being dead serious, promoting the idea that a significant number of assault accusations just come from women who were consenting at the time and then just lie about it later.

Is it surprising that someone like Rotunno would represent Weinstein after all the things she said in this interview? Not at all. She thinks that sexual assault is circumstantial and that a woman is equally to blame, so I’m not surprised. Harvey Weinstein couldn’t have found a more suited lawyer.