The Fat Get Fatter: Obese People Lose Immune Cells That Protect Against Obesity 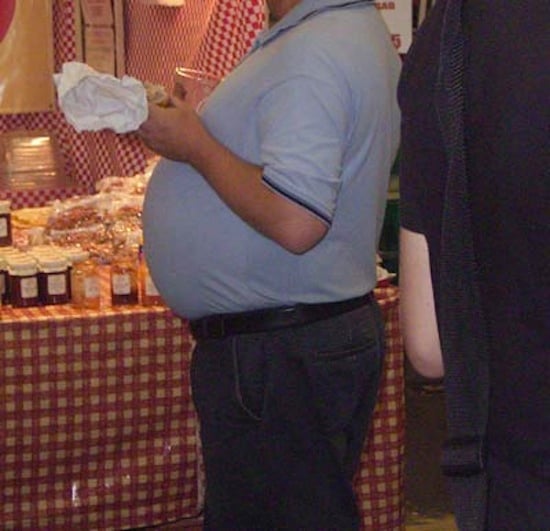 Researchers have discovered a type of immune cell in the body that fights obesity and may prevent the onset of metabolic syndrome, which can be a precursor to conditions like diabetes and heart disease. Here’s the catch, though — subjects in the study who were already obese showed diminished counts of these invariant natural killer T-cells (iNKT) suggesting that while your body will help to defend you from becoming obese, it’s only to a point. Abusing the privilege may see these fat-fighting cells throw in the towel and storm out in disgust as you put away yet another helping from the Extra Value Menu, and really, who can blame them?

Researchers have known about iNKT cells for years, but it’s only recently that they’ve been revealed to be much more common in the human body than initially thought. In people at a healthy weight, omental fat — your beer belly — is rich with the cells, which appear to regulate inflammation in fatty tissue, basically keeping a little bit of chub from turning into a noticeable bulge. Researchers at Trinity College Dublin found that obese people had far fewer of the cells, while people who had undergone gastric bypass surgery to fight their obesity also saw a return of their iNKT cells.

That suggests that iNKT cells do their best to fend off obesity, but once obesity sets in, they give up on their work, though they can be revived. That’s good news for using them as a treatment for diseases like diabetes. The potential for the cells to make a comeback on weight loss means that researchers could also find a way to kickstart the cells in patients who are still obese. Researchers have even found a promising substance to jumpstart activity in the cells — a lipid called alpha-galactosylceramide (aGC) that seems to bolster iNKT counts, increase metabolism, and even fight diabetes. Even if it doesn’t assist in weight loss in those patients, it could go towards fending off the worst effects of obesity while they work to return to a healthy weight through diet and exercise.