Opponents of the healthcare program are probably super stoked. 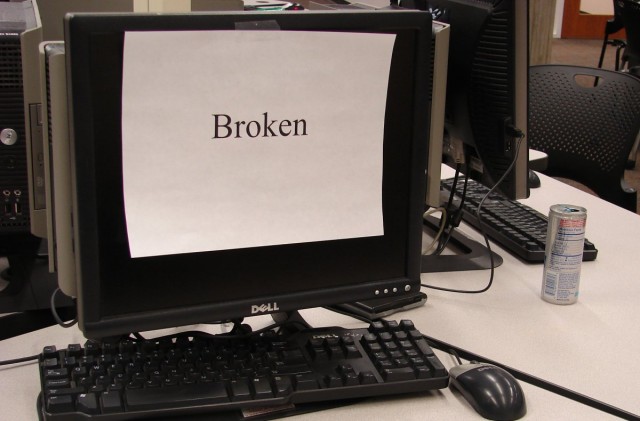 Any implementation of new technology on the scale of Healthcare.gov is bound to run into problems. Unfortunately, now that some time has passed, it seems like the site’s troubles may not have just been your run of the mill, version 1.0 bugs. Get out your party hats, “Big Government” haters.

Citizens looking to sign up for health insurance on the new site may have been hoping that it would shrug off the glitches after an initial surge in traffic, but if you’re expecting the site to run smoothly once traffic dies down, you may be out of luck. A team of IT analysts assembled over at Reuters has come up with the conclusion that, no matter what you do to try and fix it, the fundamental way the site works is poorly designed.

When a website, or really any kind of software, is designed, it’s best to make sure as little as possible is going on at any given time, so that you don’t overload the system with random tasks. Healthcare.gov’s problem isn’t that there are too many users on it at a given time. The problem is that developers allowed each user’s connection to do too much at once every time the “submit” button is clicked.

The analysts found that each time a user submitted their application, as many as 92 different processes began streaming sometimes massive amounts of data back and forth between the user’s computer and the site’s servers. Go ahead. Even on your massively fast, modern computer, try to do 92 separate data intensive things at once. Don’t worry, you can finish reading after you reboot.

Adding more servers is unlikely to alleviate the problem, due to the software’s unintentional creation of overwhelming demand for resources, and tech support’s hands are basically tied. At least they’re used to everyone hating them. We can only hope that the design issues can be addressed before the health program’s open enrollment ends on March 31st.

Otherwise, those who don’t trust the government to do anything right will have a whole bag of “I told you so’s” for us, and that would be the worst.

(via On The Media and Reuters, image via Quinn Anya)