Obama Would Really Like Everybody To Chill The Heck Out About These Healthcare.Gov Glitches

It could be worse. He could be EA. 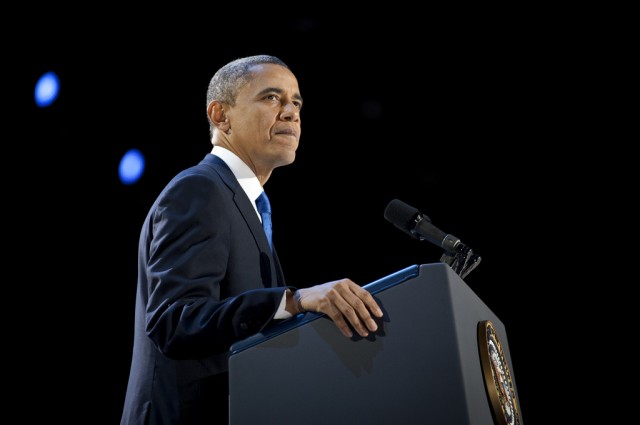 Starting today, you can now sign up for healthcare through the Affordable Care Act —  but the website’s dealing with a heavy amount of traffic that’s been causing it to behave erratically. So, of course, critics have been pointing to this as a sign that the whole thing is an unmitigated disaster. President Obama has something to say to those people.

In his remarks today at the White House rose garden, Obama compared the problems with the healthcare.gov website to those that other companies have faced with significantly less criticism. The relevant passage from the transcript can be found  below (bolding ours):

Now, like every new law, every new product roll-out, there are going to be some glitches in the sign-up process along the way that we will fix. I’ve been saying this from the start. For example, we found out that there have been times this morning where the site’s been running more slowly than it normally will. The reason is because more than one million people visited healthcare.gov before 7:00 in the morning. To put that in context, there were five times more users in the marketplace this morning than have ever been on medicare.gov at one time. That gives you a sense of how important this is to millions of Americans around the country, and that’s a good thing.

And we’re going to be speeding things up in the next few hours to handle all of this demand that exceeds anything that we had expected. Consider that just a couple of weeks ago, Apple rolled out a new mobile operating system, and within days, they found a glitch, so they fixed it. I don’t remember anybody suggesting Apple should stop selling iPhones or iPads or threatening to shut down the company if they didn’t. That’s not how we do things in America. We don’t actively root for failure. We get to work, we make things happen, we make them better, we keep going.

To be fair to Obama and Apple alike, we’re 100% certain that there were people claiming that Apple should give up after iOS7 didn’t behave perfectly right out of the gate — same with EA after the problems with the latest Sim City, and Pottermore after it was opened up to beta, and after literally every single time a website or new software has exceeded the amount of expected traffic and crashed. That’s how the internet works, after all: if it exists, someone out there will tell you that it shouldn’t and that neither should you. The difference is that in all those other cases, none of those critics actually had the power to shut down the entire political process and millions of jobs just to prove their point. So… yay?