We Want YOU! To Send Us Your New York Comic Con Cosplay and Geek Girl Headquarters Pics

Give us the goods. 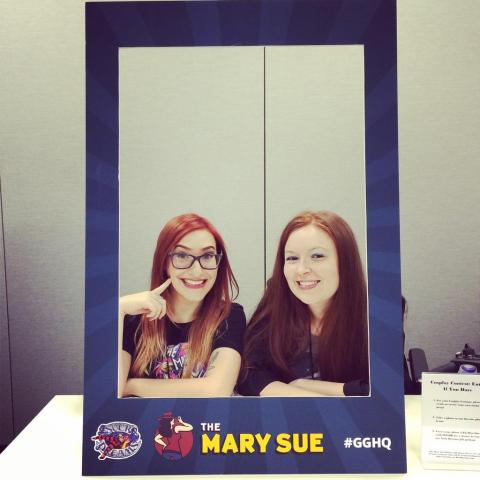 Were you at New York Comic Con last weekend? Because we were, and we had a great time. You can expect our interviews over the coming weeks—Amber Benson! Orlando Jones! Batgirl‘s Brenden Fletcher, Cameron Stewart, and Babs Tarr! And more!—but we also want to show you the greatest cosplay the show had to offer. And for that we need your help, because your friendly neighborhood TMS staff is only human, and we couldn’t get everything.

So! Please send your favorite cosplay pics to [email protected] with NYCC 2014 COSPLAY somewhere in the headline or Tweet them to us at @TheMarySue. We’d also love to see your pics from Geek Girl Headquarters, as we’re planning a post bragging about  how great it was. (Hey, it was great.) If you entered either of our contests, you can expect posts on those in the next week or so.

But for now: Cosplay and GGHQ. Send ’em. And here is (deep breath) A TASTE OF THINGS TO COME. Sorry, I watched Mortal Kombat over the weekend.

Spotted at #NYCC: The greatest April O’Neil cosplay I have ever seen. pic.twitter.com/SLX5PGUvM8

Sandor Clegane is gonna eat every effing chicken in this room. #NYCC

Cosmo and Wanda! (And Phillip) #NYCC

So sad to take this wall down after an excellent @NY_Comic_Con. You all art so well! pic.twitter.com/Nf6QPz13tr — The Mary Sue Live (@TheMarySueLive) October 12, 2014

Hey everybody, check out the cosplaying dog I saw at #NYCC. This is important. #Sailornerd pic.twitter.com/WRCrpv8LgF — Rebecca Pahle (@RebeccaPahle) October 12, 2014