All this EP needs is a gender-fluid band from outer space. 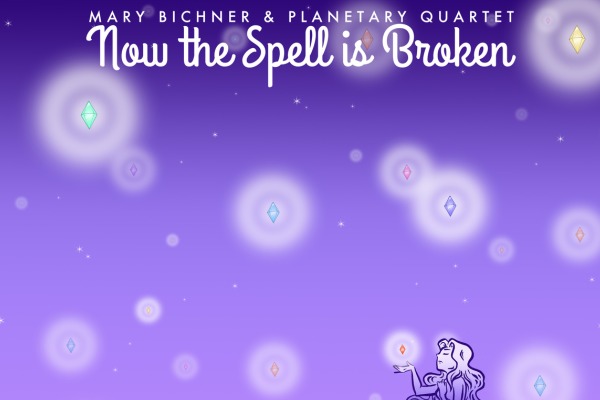 “Now The Spell Is Broken” is a new EP out from composer and songstress Mary Bichner, and it’s basically a big love letter to the final season of the original Sailor Moon. Our pure hearts can’t take it!

According to Bichner, “Each track on the album illustrates the thoughts and feelings of a different character (or, for “Lost”, a group of characters), usually in settings or situations which are only alluded to in the anime.” The goal of of the EP was to “explore the characters’ backstories in order to see how events from their past shaped their actions in the present.”

Now The Spell Is Broken has a particular focus on Galaxia, a character who appears at the end of the Sailor Moon story arc, and with whom Bichner particularly identifies. “[Galaxia] makes a hasty and emotional decision an attempt to do something good,” said Bichner, “only to have it completely backfire. We’ve all been there, and it can be especially hard to forgive yourself in situations like that.”

Each of Bichner’s songs has a Sailor Moon-inspired story behind it:

“Lost” is a trio sung from the perspective of the Starlights as they escape from Galaxia’s attack of their home planet. In this piece they wander the universe, bewildered and unsure where to go next.
“Incense Burner Lullaby” is a lullaby sung from inside an incense burner by Princess Kakyuu to a sleeping Usagi, in the hopes of giving usage strength for her upcoming battle
“Finale” is inspired by the last moments of the final battle in episode 200, sung from Sailor Moon’s perspective as she attempts to free Galaxia’s spirit from Chaos’ clutches. Bichner said that this song, the last on the EP, “has a message of ‘it’s okay, you made a mistake, you can turn it around; you don’t have to be trapped in this forever.'”

Bicher also has a video for “Throw Stones,” the first single from the EP. According to Bichner’s blog, the song was inspired by Galaxia expressing her anger at fate, as she’s slowly taken over by Chaos, overwhelmed with sorrow and discontent. It’s heartbreaking, and beautiful, and great to sing in the shower when you’re home alone (what?); and, as a former violist, I love the double viola in her string quartet.

You can grab the “Now The Spell is Broken” EP for just $4 over on Bichner’s Bandcamp!