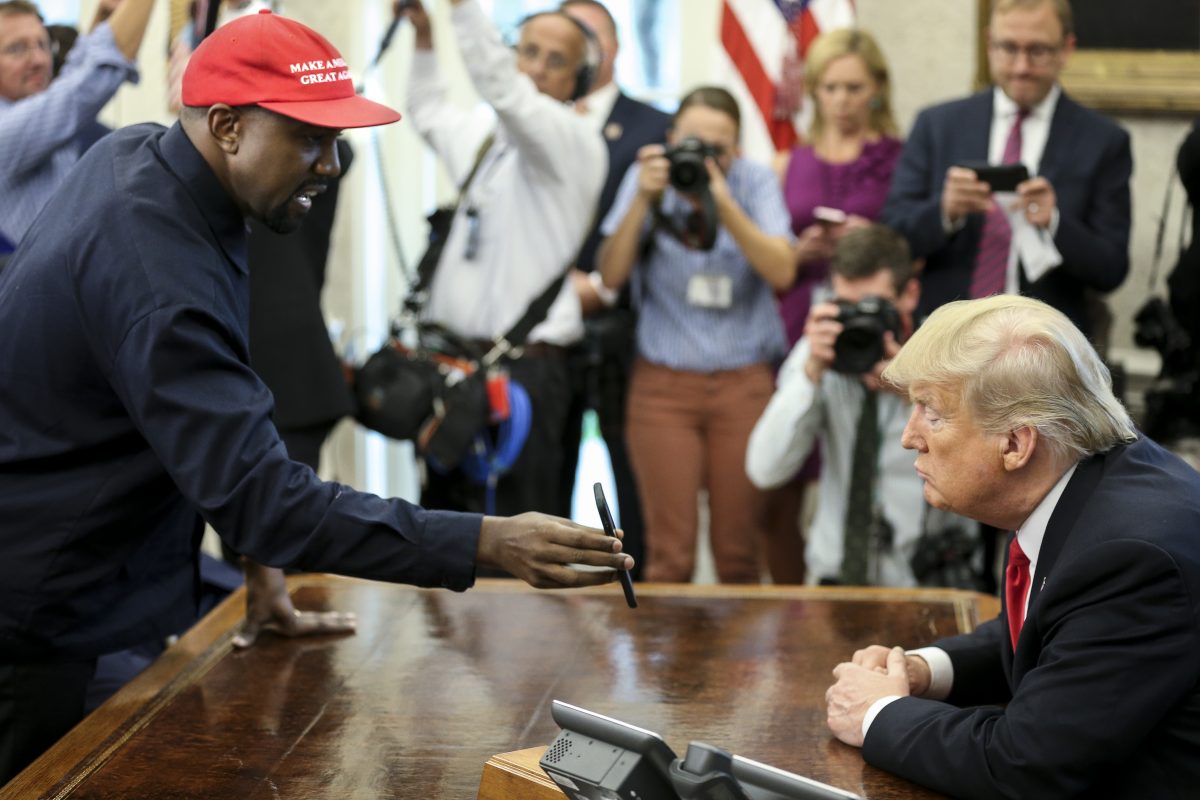 Last night, I logged onto Twitter to see that Jill Stein was trending. What I discovered instead was not news about Jill Stein, but something far worse. In this, the 357th month of 2020, rapper and Trump supporter Kanye West announced via Twitter that he was running for president in 2020.

We must now realize the promise of America by trusting God, unifying our vision and building our future. I am running for president of the United States 🇺🇸! #2020VISION

And he was quickly supported by this jackhole:

You have my full support!

This is an all too predictable turn of events. I mean, OF COURSE Kanye West would enter the presidential race and chip away at Biden’s vote count, thus giving us another four nightmare years of Trump. Of course another celebrity completely unqualified to run this country would toss his hat into the ring. And of course, he would be supported by fellow billionaires whose wealth is protected by a republican administration.

Realistically, Kanye has already missed the deadline to file as an Independent in North Carolina, Texas, New York, Maine, New Mexico, and Indiana. He has no campaign website, he has not registered with the Federal Election Commission, and his announcement is likely a bid to promote his upcoming album.

It's a ploy to divide the black vote and take votes away from Joe Biden.

What is it going to take for people to stop supporting Kanye?

See him for how he is, not how you want him to be.

There IS candidate by the name of “KANYE DEEZ NUTS WEST” registered as a candidate via the Green Party in 2015, though they have yet to raise any funds.

But that’s not the point.

At this moment, we are fighting a global pandemic that is rapidly spreading in our country. We are in an economic recession that is barreling towards a new depression. And we’re in the midst of massive reckoning of racial justice and police brutality. We are a country divided, desperate, and deeply in pain.

2020 is without a doubt the most important election of our lifetime. We cannot survive another four years of Trump’s dangerous, cruel, inept excuse for leadership. But here comes Kanye, like Trump, an egomaniac who wants to play games to boost his own profile at the expense of the rest of us.

It is grossly irresponsible for him to not only run, but for fellow millionaire and influential figures like Musk and Kim Kardashian to support him. Who knows how many countless votes, joking or serious, West will garner. Will it be enough to snatch a narrow victory from Joe Biden and doom us to Trump? And how many people voted for Trump because they thought it was funny and irreverent?

What scares the shit out of me is everyone’s reacting the same to Kanye running as they did to Trump. We all have to live with what seemed like a joke.

I hope this will blow over as a lame publicity stunt and be erased from our minds in a week. But given how 2020 is going so far, I’m prepared for the worst.