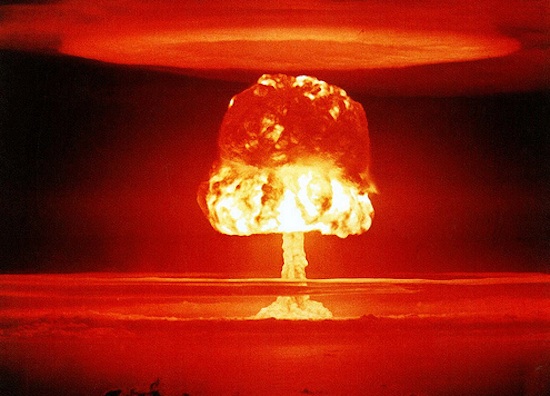 I hope you like things that are scary, because an unstable regime led by an untested young man probably just detonated its latest atomic bomb. All signs this morning point to a successful nuclear bomb test in North Korea, which the country has been threatening for some weeks. The move comes in defiance of the international community — or as they are known in North Korea, “western devils jealous of the power and virility of glorious leader Kim Jong Un” — which had urged North Korea not to undertake what is seen by the rest of the world as a clearly provocative and threatening action, probably because it is totally meant that way by North Korea.

It’s not clear how the weapon detonated today differs from those tested in the past, but U.S. observers will be looking for signatures that will indicate whether the bomb was plutonium based — as two previous tests were — or fueled by uranium. The North Korean regime’s supplies of plutonium are extremely limited, but the regime has been working to improve its uranium refining capabilities for years. If the new bomb is powered by uranium, North Korea could have just upped its potential to amass nuclear devices considerably. A test of a uranium bomb could also suggest worrying collaboration with the Iranian government which has worked with North Korea on missile technology in the past, and could also be sharing nuclear techniques with the North Korean regime.

Whatever we find out about the test at a later date, one thing we can be sure of today is that there are some new lines about the threat of a nuclear North Korea making their way into President Barack Obama’s State of the Union speech, scheduled for later tonight.

According to the KCNA, North Korea’s official news agency and unofficial propaganda arm, the bomb detonated today was a “miniaturized and lighter nuclear device with greater explosive force than previously” seen in tests of North Korean nuclear arms. While anything from the KCNA should be rightly taken with a heaping helping of salt — these are the same folks who brought us the North Korean Unicorn, after all — it does make sense that regime scientists  would be getting better at making nuclear weapons, as this is their third time around the block with a nuclear test.

Independent observers from many nations also noted — we assume with a cringe — that seismic activity consistent with an underground explosion was seen in the same area that North Korea claims to have tested bombs in 2006 and 2009.