Following Rumors We Had Wished Were False, Nora Ephron Is Confirmed to Have Died at 71 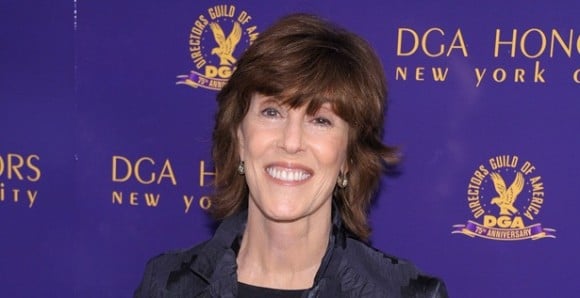 Late yesterday afternoon, rumors started popping up that columnist Liz Smith had eulogized screenwriter, director, and producer Nora Ephron without any evidence that she had actually passed away. The rumors started flying, Ephron’s publisher said the director was still alive. But sadly, it turned out to be true: Nora Ephron had died of complications from leukemia at 71. Let’s remember what she gave us, whether it was a beloved movie or an unironic guilty pleasure.

Nora Ephron was one of the most wildly successful and prolific women in the film industry, having done everything short of acting in her own films. As a screenwriter, often teaming up with her sister Delia Ephron, she wrote Silkwood, When Harry Met Sally (also executive produced), Sleepless in Seattle (also directed), You’ve Got Mail (also directed and produced), and her final film, Julie & Julia (also directed and produced). When she wasn’t working on films, she wrote essays, keeping a regular column at The Huffington Post and publishing two books, I Feel Bad About My Neck: And Other Reflections on Being a Woman (2006) and I Remember Nothing (2010). In short, Nora Ephron never seemed to stop moving.

And it didn’t seem like she wanted anyone to know she might be slowing down. When news of Smith’s eulogy (which has since been taken down) broke, it was treated as a gaffe because there was nothing indicating that Ephron had passed away. Her publisher even said that she was “gravely ill,” but still alive. As can be expected, the internet jumped all over the apparent misinformation, but before too long, the death was confirmed. And then all those sad feelings we thought we could have avoided started to surface.

Despite her decades of success, some people consider Nora Ephron’s movies full-length, spoken-word versions of Diane Warren ballads. Some consider them the best modern romantic comedies of our time, even in a league of their own because they were written, directed, and produced by a woman. And then in between, she never stopped writing, loving food and life, and blowing up Deep Throat’s spot. The world has lost some amazing words and an amazing point of view. This is truly a sad, sad day.

Ephron leaves behind her husband, Nicholas Pileggi, her sisters Delia, Amy, and Hallie, and two sons.