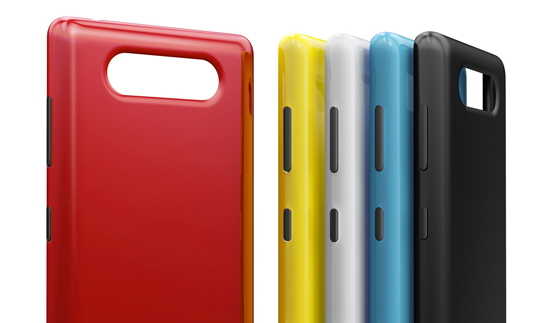 People love to customize their phones. If folks aren’t doodling on them in some way, shape, or form, they’re making their own cases. As we continuously grow to be a more technological society, people are increasingly turning to their gadgets as another avenue for self-expression. One of the biggest opportunities comes in the form of our cellular phones, and Nokia completely understands. They’ve even gone and released 3D printing plans for the casing to their Lumia 820 smartphone.

To be clear, this isn’t a phone case in the way that, say, an OtterBox is a phone case: This is the actual casing to the phone itself. The Lumia 920, which is a Windows Phone, happens to feature interchangeable casings. This isn’t exactly a new feature or anything, as phones have had similar if not the same kind of casings for years. Releasing 3D printing plans, however, is definitely something new, and this appear to be a first for mainstream phone manufacturers.

Nokia’s calling the plans a 3DK for 3D-printing Development Kit. You can grab the 3D printing plans for the Lumia 820’s back panel here, the back shell here, and a separated version here. Granted, this requires a 3D printer, or at least access to one, but it’s still a neat thing for Nokia to do. It’s not like they were required to release these plans since they sell their own interchangeable casings and all.