Mermaids Confirmed (To Not Exist) 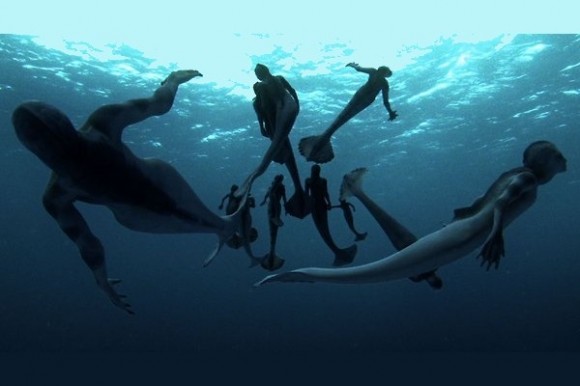 Basically, they explained that they don’t exist.

Before you scream government cover-up, NOAA is responding to the show Mermaids: The Body Found, an Animal Planet (Discovery Channel’s partner network) “documentary” that “paints a wildly convincing picture of the existence of mermaids, what they may look like, and why they’ve stayed hidden…until now,” according to the show’s press page. The show mixes real and fake footage, legitimate science such as the “aquatic ape” theory  (“suggesting our evolutionary ancestors may have lived in marine environments”), conspiracy theory, and real interviews with NOAA scientists. Whoops, bet you guys didn’t think you’d be roped into neither confirming nor denying the existence of a mythical being on a conspiracy show à la Ancient Aliens!

Apparently, the show provoked enough public inquiries about the existence of mermaids that NOAA felt the need to step in and dash all the dreams of young children everywhere who still think Ariel from The Little Mermaid is real:

The belief in mermaids may have arisen at the very dawn of our species. Magical female figures first appear in cave paintings in the late Paleolithic (Stone Age) period some 30,000 years ago, when modern humans gained dominion over the land and, presumably, began to sail the seas. Half-human creatures, called chimeras, also abound in mythology — in addition to mermaids, there were wise centaurs, wild satyrs, and frightful minotaurs, to name but a few. But are mermaids real? No evidence of aquatic humanoids has ever been found.

But…just because no evidence of aquatic humanoids has ever been found, doesn’t mean it doesn’t exist, right? Right? I’m just saying, barring the existence of mythical creatures, what reason do we really have to watch the Discovery Channel, Animal Planet, and the History Channel now?