No One Found The Hunter Biden Email Story Credible, Including Fox News And the Paper That Actually Published it 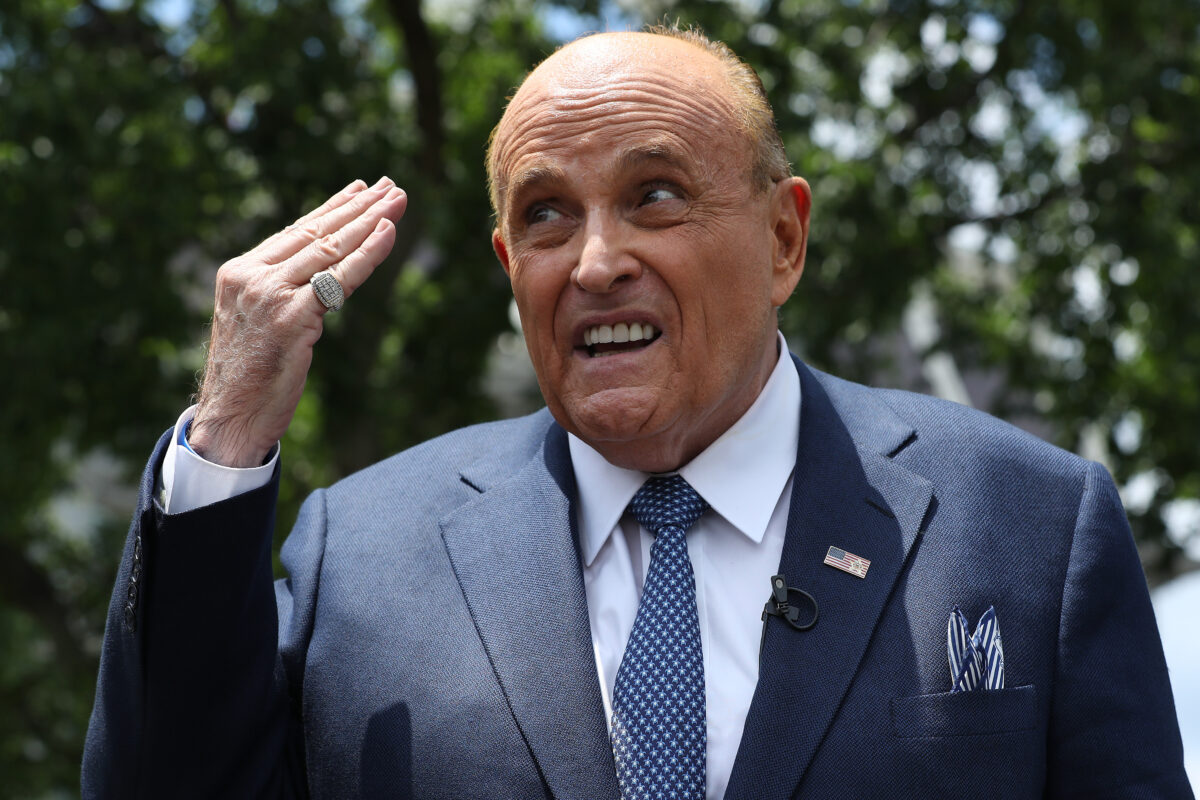 Ruby Giuliani is doing everything to cement his reputation as another old man who’s been duped by Russian information. He’s like your elderly great-uncle whose Facebook you had to disconnect so he could still have a relationship with his grandkids. But in Giuliani’s sad case, he’s not spreading clearly fake information on social media, he’s peddling it to national news organizations. But, shockingly, almost none of them were willing to buy his bullshit. And even the paper that did could barely find a person to put their name on the seemingly fabricated story.

According to our sister site, Mediaite, Giuliani went peddling documents from Hunter Biden’s laptop (that was supposedly left a Delaware repair shop and just happened to contain all sorts of “incriminating” emails) to all the usual conservative mouthpieces, including Fox News, with whom he has a long time relationship. But Fox News, yes THAT Fox news, did not find the tranche of documents credible enough. From Mediaite:

… according to two sources familiar with the matter, the lack of authentication of Hunter Biden’s alleged laptop, combined with established concerns about Giuliani as a reliable source and his desire for unvetted publication, led the network’s news division to pass. Fox News declined to comment on this story.

Giuliani then took the documents to the Post–yes, that well-known bastion of journalistic integrity, The New York Post. The Post shares an owner with Fox News, Ruppert Murdoch, but didn’t quite seem to share the same qualms about not being able to verify any of the contents of the supposed Biden laptop. But actually, at least some of the reporters at the Post did.

According to the New York Times, five post workers confirmed that “Many Post staff members questioned whether the paper had done enough to verify the authenticity of the hard drive’s contents,” additionally, “Staff members also had concerns about the reliability of its sources and its timing, the people said.”

And it was completely right for them to have concerns because this “bombshell” is so transparently a fake, likely Russian-backed misinformation scheme, that it’s almost comical. Rudy Giuliani has come under federal investigation for his potential role in various plots to discredit Joe Biden. These plots, by the way, and the attempts to link Hunter Biden to Burisma, are what got Donald Trump impeached.

One would think that after the entire nation learned that Giuliani was a key player in a web of corruption that was built around shady deals in Ukraine and Russia and was focused solely on making up stuff about Hunter Biden that no one in their right mind would believe anything this mad had to say when it came to, you know, Ukraine and Hunter Biden. And to Fox News’ and some Post reporters’ credit, those people did it.

But the Post still published the story, seeking to humiliate and discredit Biden with their only two sources being Giuliani and Steve Bannon, a man who has literally been indicted and arrested for fraud. And both men work or worked for Trump. There is zero credibility there.

The two journalists that did end up with their names on the story, Emma-Jo Morris, and  Gabrielle Fonrouge have a suspected connection to the story in different ways. Morris, according to the Times:

Ms. Morris did not have a bylined article in The Post before Wednesday, a search of its website showed. She arrived at the tabloid in April after working as an associate producer on Sean Hannity’s Fox News show, according to her LinkedIn profile. Her Instagram account, which was set to private on Wednesday, included photos of her posing with the former Trump administration members Mr. Bannon and Sarah Huckabee Sanders, as well as Roger J. Stone.

Fonrouge did not actually work much on the story and was not aware her byline would be on it until after it was published.

It is clear that Giuliani is trying to recreate the event that changed the 2016 election: the discovery of a laptop with emails to discredit a Democratic candidate. But the fact that he showed his (terrifying, desiccated, corpse-like) hand over a year ago makes this so very different from the Comey letter and Hillary Clinton email “scandal” despite the fact that that too was a manufactured Republican smear.

We’ve been living in the blasted hellscape of Trump world for so long that we’ve lost a lot of hope and expectation for integrity, but we’ve also become far wiser and savvier when it comes to detecting BS.  No one, not even Fox News or most of the people at the paper that published this believe these documents. And even fewer people in the public, except those who were already sold on Trump, care either. It certainly helps that Giuliani is not only a transparently corrupt source … but he’s also just very bad at what he’s trying to do.