They are finger lickin' good! 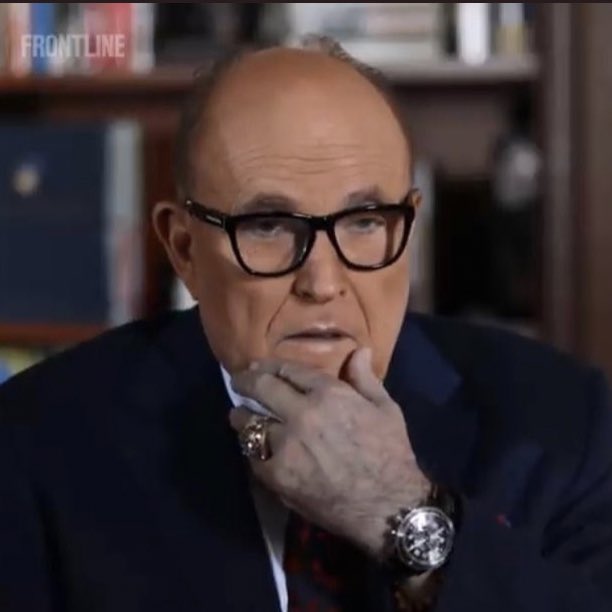 If you’re like me, you love October because it allows you to dip your fingers (or let’s be real, the whole fist) into the spookier side of things! And what better way to safely celebrate the season than by grabbing that remote with your cold, dead, hand and having a movie marathon inspired by the bloating, gray appendage that is me! The dead, dead hand of Rudy Giuliani.

Here is a handy list of some of my favorite films about evil hands (and only the evil ones! Sorry Thing from The Addams Family! You are far too pure) to get your nightmares going! Clack those yellowed nails together for good luck and then click play! If you dare!

A 90s horror-comedy classic about a stoner (Devon Sawa) whose hand becomes possessed and starts murdering everyone, including his parents and his best friends (Seth Green and Elden Hanson), and when chopping off the hand and microwaving it doesn’t do the trick, they get help from a druid priestess (Vivica A. Fox), because why not! It includes everything you want in an evil hand movie: slapstick, gore, actors fighting their own hands, and Seth Green as a zombie!

Part two of Sam Raimi’s legendary horror trilogy picks up immediately after the end of Evil Dead. Ash (Bruce Campbell) is still at the cabin in the woods and is forced to fight the severed head of his possessed, dead girlfriend Linda when it bites his hand. His hand becomes possessed by the demon and after one of the best “self” fight scenes in the history of cinema, he cuts off his hand with a chainsaw and tries to shoot it with a shotgun. Unfortunately, he misses, and the hand scampers off to continue wreaking havoc, ultimately killing the archeologist trying to help Ash—which leads to Ash getting sucked through a time vortex to the year 1300AD. You know, just like a typical AirBnB stay.

I love unhinged, early 80sMichael Caine. And his turn as Jon Lansdale—the comic book artist who loses his hand in a car accident, (and then later his sanity!)—is a real treat. The Hand is also an early Oliver Stone psychological thriller, leaving you guessing if the murderous missing hand is real or all in Lansdale’s broken mind. Spoiler Alert: it’s real baby!

A cult classic, this British gothic horror film tells the story of newlyweds Charles (Ian Ogilvy) and Catherine (Stephanie Beacham) who accidentally awaken an old family curse when they arrive at the family estate. See Charles’ grandfather chopped off the hand of a stableman who was defending his wife from the aristocrat’s unwanted sexual advances. Now Catherine and Charles (but mostly Catherine) are haunted by the angry ghost and terrorized by horrifying visions. There are bloody hands reaching out of paintings but also, content warning: the demon-ghost does attempt to sexually assault Catherine as the ultimate act of revenge.

An anthology film starring horror legends Peter Cushing (aka Grand Moff Tarkin) and Christopher Lee, Dr. Terror is framed around five men meeting a mysterious Dr. Schreck (Cushing) on a train ride. Dr. Schreck proceeds to tell their fortunes with his tarot deck and then they go off to meet their grisly fates. Lee’s chapter “The Disembodied Hand” tells the tale of snooty art critic Franklyn Marsh who, in an escalating rivalry with an artist, runs over the man with his car, causing him to lose his hand. Unable to paint, the man commits suicide. Marsh is then haunted by the disembodied hand of the dead artist, ultimately leading him into a car accident of his own.

One of the original “having a murderer’s hands transplanted onto your body” films, Mad Love was also American audiences first introduction to Peter Lorre, as the ghoulish Dr. Gogol. It tells the story of a man who gets a hand transplant after a devastating train accident. But the doctor uses the hands of a recently executed murderer, “Rollo the Knife-Thrower” (bless the 1930s and their menacing nicknames), which begin to get up to their stabby tricks shortly after the operation. There are more body transplants and reveals, especially as Gogol becomes more obsessed with the man’s fiancé.