Steve Bannon Was Just Arrested Thanks to the Post Office 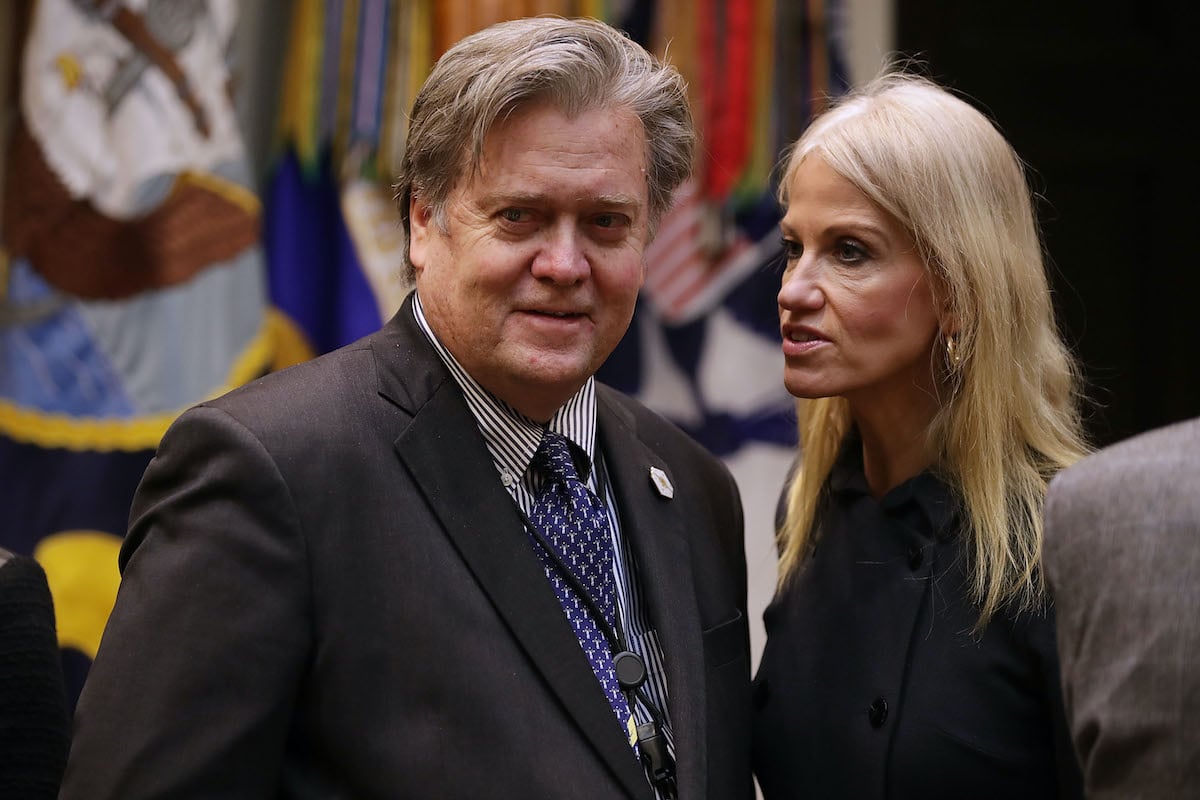 Back in December of 2018, a man named Brian Kolfage launched a GoFundMe campaign to build a border wall on the US/Mexico border, blaming Democratic politicians for sabotaging Donald Trump and holding up his ability to follow through on his xenophobic campaign promises. Kolfage was supposed to hand the $25,000,000+ he raised over to the federal government. Instead, he transferred the money to a non-profit called We Build the Wall, which then allegedly gave the money right back to Kolfage and others. Bannon was the chairman of the organization’s advisory board.

A whole bunch of other terrible people were also on that board or otherwise working to actively support the obvious scam, including Milwaukee’s Sheriff David A. Clarke, and failed Kansas gubernatorial candidate Kris Kobach.

pRETEND YOU’RE PLAYING “bOWLING fOR gRIFTERS” AND TALLY UP THIS FRAME. https://t.co/RjAwLwjA7G

Bannon, Kolfage, and two others (venture capitalist and occasional Breitbart contributor Andrew Badolato and Timothy Shea, who owns a pro-Trump energy drink company) have now been arrested on federal fraud charges for allegedly misrepresenting the actual use of the funds, which appear to have largely gone to funding Kolfage’s lavish lifestyle, including paying off his yacht.

This scam has been public knowledge for a while now, but it’s always nice to see some horribly-aged tweets petulantly denying any wrongdoing.

The power of private enterprise has been proven once again! The wall in Mission, TX @WeBuildtheWall invested in along the Rio Grande, just withstood the eye of Hurricane Hanna. Illegals & Mother Nature can’t defeat this important barrier!
Who’s laughing now, @colbertlateshow?!

What makes all of this even more delicious is that the arrests came in large part due to the United States Postal Service, which Trump has been working hard to try to dismantle in recent months. The Postal Inspectors, or USPIS, worked together with Audrey Strauss, the Acting United States Attorney for the Southern District of New York (whom Trump has also been trying to oust) to bring the charges.

Here’s what USPIS Inspector-in-Charge Philip R. Bartlett had to say about the case:

The defendants allegedly engaged in fraud when they misrepresented the true use of donated funds.  As alleged, not only did they lie to donors, they schemed to hide their misappropriation of funds by creating sham invoices and accounts to launder donations and cover up their crimes, showing no regard for the law or the truth.   This case should serve as a warning to other fraudsters that no one is above the law, not even a disabled war veteran or a millionaire political strategist.