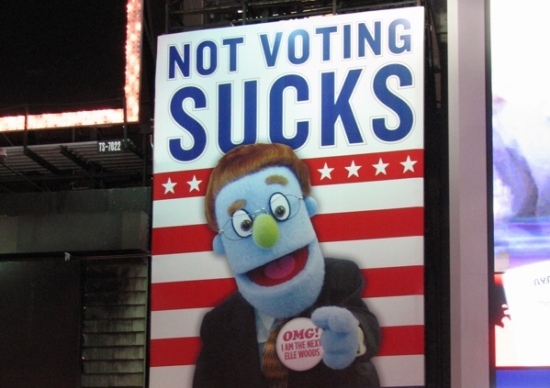 Earlier this week marked the end of a site-wide vote on Facebook’s new privacy policies. The vote ended with 589,141 users voting against the new policies, and only 79,931 voting to approve them. That doesn’t matter, because less than 30% of users voted, the results have no impact on Facebook’s decision on the policy. The other notable consequence of the vote is that because not enough users turned out to vote, Facebook is discontinuing its policy of letting users vote on policies at all. This is why we can’t have nice things.

Would this vote have even mattered if 100% of users voted? Probably not. Facebook would have done what it wanted to eventually anyway, and it has every right to. Facebook isn’t a democracy. It doesn’t need users permission to do anything. What’s insulting is that they gave the illusion that it was a democracy and that users had a say.

Facebook started letting users vote on policy changes back in 2009, but turnout has always been low, with an average of 0.14% of users. For a policy change to be brought to a vote it needed to receive 7,000 comments from users. I wonder if those bogus copyright notices everyone was posting count as comments against the new changes. It’s a moot point now, because one of the changes being put into effect is the end of user voting.

The heart of the problem is that Facebook said for any vote to be binding it needed to have 30% of its 1 billion users involved in the vote. That’s a whole lot of people. It’s pretty unreasonable to expect 300,000,000 people to do anything, except to use Facebook, apparently.

(via Ars Technica, image via alykat)