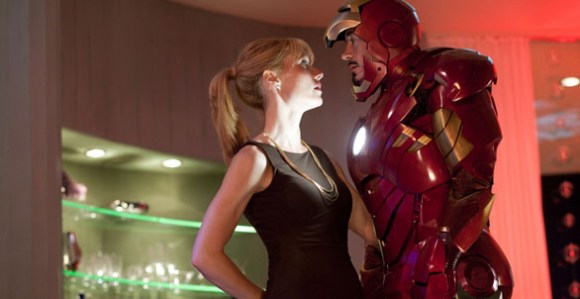 We have to get through The Avengers first but we already know Iron Man 3 is a go and new director Shane Black says it will be business as usual for Tony Stark. He also has lots of other ideas on his plate like Marvel’s Runaways and classic Doc Savage.

Comic Book Resources caught up with Black at the Long Beach Comic Con over the weekend and said he sees the Iron Man films more grounded in reality than the comics. “Iron Man is a different type of property, in a way, because Robert Downy is a different type of actor, number one. If you look at the first Iron Man, the events of the story feels like the crossover between what’s in a comic book and what’s in real life,” he told them. “There’s always been the tendency to make Iron Man the real-world superhero who deals with things a bit more rooted in geopolitical reality and then have comic book elements added. What’s interesting to me about the first movie, and to some extent the second movie, is the character. If you’re really paying attention to the story, the more people care about the character, the more people will care about the outcome, I think.”

Black has mostly been known as a screenwriter for most of his career working on the Lethal Weapon films and Downey Jr’s Kiss Kiss Bang Bang (which was his first directing gig). He’s also the writer of the yet-to-be produced adaptation of Runaways.

The Iron Man 3 director has a very strong opinion on the state of superhero films and action film in general these days. “I think that there are so few practitioners of action movies these days who are doing worthwhile stuff that it behooves me to try to weigh in and try to do the Raiders Of The Lost Ark-type stuff, to try to recapture the magic,” he said. “When I stood in line for a summer movie when I was coming up at eighteen, nineteen, twenty years old, I stood in line for two and a half, three hours and you got the goods! They delivered! And if they didn’t, you went outside and said, ‘Arg, Indiana Jones 2 wasn’t that good, I stood in line for three hours!’ Now, you don’t know what you’re getting!”

He continued, “There’s just, I think, a decrease in the quality of these types of comic book action movies, and so it’s almost irresistible, sometimes, to try and shore that up a little, or weigh in at least with my opinion about what’s wrong and how it should be. It’s not the next thing I want to do. I want to do something more serious, a smaller movie at some point. I’m sure there’s a Winter’s Bone in my future. But for now, I’ve immersed myself in comics. I do want to do Doc Savage. The script is still evolving and I’m kind of busy, but I want to get it right and I want to do it.”

So how will all this play into his take on Tony Stark? Black said he would definitely not steer into “Demon In A Bottle” territory with his film. “Because if we go there — it’s part of Tony’s character, but I think the ‘Demon In A Bottle’ aspect, if you go there, you really have to go there,” he said. “The film then becomes about that, because the journey that involves recovering from alcoholism is an entire movie. I mean, I want to keep it dark and interesting and edgy and spicy and all those things, but I don’t think we want to go as far as to deal with Tony’s descent into alcoholic madness. That’s maybe not where we want to be.”

He also said he’d like to return to the type of action flicks he remembers fondly from his youth. “Which is less random carnage and more thriller — less action, more suspense. More character-driven urgency that makes you want to find out what happens to the guy, not what happens to the building behind the guy,” he said. “There’s a certain retro vibe that I love which is the idea of taking modern technology and shot-making and even color palettes and injecting them with this sense of thriller-esque, 1970s stuff that makes it seem more edgy and accessible as opposed to just loud and obnoxious. That’s kind of where I’m heading.”

But what it really comes down to is Downey Jr. “I think absolutely in terms of success of this Iron Man 3 movie. If we get Downey and tap what he does best, we can’t lose.”

So what do you think of the future of Iron Man post-Jon Favreau?