Or any attention at all, actually. No, really. Go away. 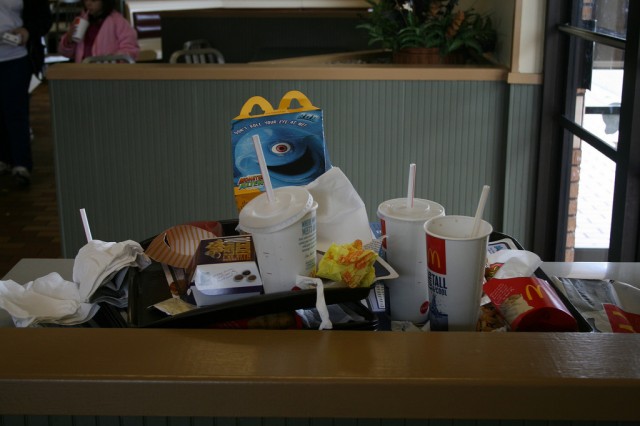 Remember how a number of restaurants in the Cleveland area, where Charles Ramsey helped three women escape from their alleged kidnapper, wanted to offer the everyman hero free burgers for life? Well, he wants you to know that not only does he not want those free burgers, but he would really like everyone to stop using his face in their ridiculous marketing campaigns and Internet content. Leave the poor guy alone, people. He’s just a guy!

In a statement released by the law firm Walker & Jocke, he said, “I want everyone to know that I have nothing to do with this trash. […] I never told these people they could use my name for this.”

The owner of the restaurant chain in question has issued a press release saying that the Ramsey Burger will be removed from the menu, and that it was intended to honor him, not to earn publicity or revenue in his name. “We are saddened to hear that Chuck did not take this — or the offer of so many Cleveland restaurants to give him free meals — in the spirit we intended.”

Of course, Ramsey might also be a bit miffed by a controversial online video game released recently that depicts him throwing Big Macs at suspect Ariel Castro. We could link to images of this game, but we won’t, because… ick. That’s going too far, Internet.

Walker & Jocke specializes in intellectual and property rights, and was hired by Ramsey in an effort to give him more control over his likeness, name, and voice in the media. In other news, it’s incredibly disappointing to me that we live in a society where a guy can do such an amazingly heroic thing and gets pestered so much for it that he has to worry about likeness rights. No wonder he didn’t want the free burgers — all the joy’s probably been sucked right out of him.

(via Cleveland.com, image via Les Stockton)