Somewhere in Middle-earth, Samwise Gamgee has an erection, and he doesn't know why. 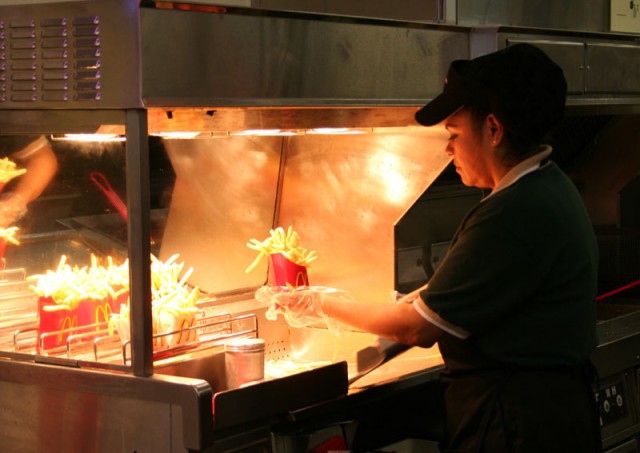 It’s no secret that the menus of the McDonald’s fast food chains located outside the U.S. have much better, and more awesome, food than ours do. We might have locked down the Shamrock Shake, sure, but in Israel they have the McShawarma, and in Quebec they’ve got even poutine. Poutine! Japan, however, claims the role of champion once again, because for a limited time and at select locations in Japan, you can get a container of fries so big that it’s officially the most caloric menu item that any McDonald’s has ever offered.

Called the “Mega Potato” (which would sound like the name of a Kaiju monster even if it weren’t coming out of Japan), the 350-gram serving of fries comes in a comically wide cardboard container and clocks in at about 1,152 calories. That’s a little more than three fourths of a pound of potato. 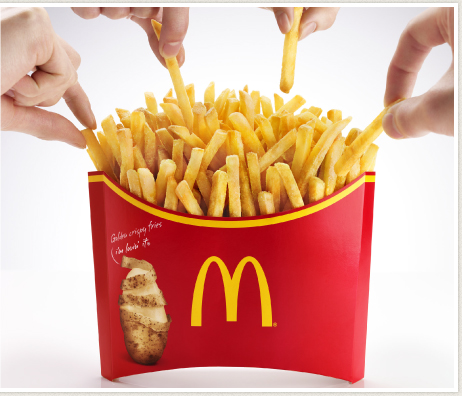 Japanese McDonald’s have offered an item called “Mega Potato” before, back in 2010. However, that version was a bit smaller — it was the equivalent of two medium fries, while the new-and-improved one is closer to the size two large fries. It’s also a little cheaper at 490 yen, just under $5, so if you were going to buy your french fries in bulk anyway, this is good news.

Judging by the marketing for the Mega Potato, we’re guessing that this is intended to be shared among several people. If this ever makes it over to the U.S., though, the likeliness of this strange “sharing” concept will probably drop considerably. Of course, that’s assuming it will ever make it over, because you can bet that Mayor Bloomberg is already trying to shut that down before New Yorkers get any ideas.

(via Grist, image via McDonald’s, jamesjyu)