No, Bill Maher Did Not Take Down Milo. A 16-Year-Old Girl Did. 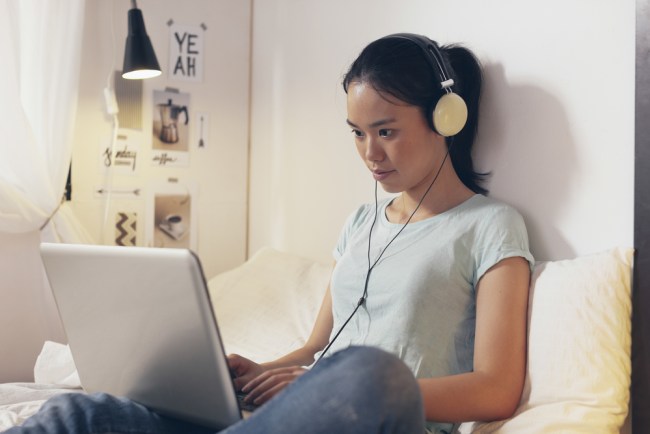 Alt-right troll Milo Yiannopoulos has experienced a precipitous downfall–including a revoked invitation to speak at CPAC, the loss of his book deal with Simon & Schuster, and his resignation from Breitbart–since a video surfaced in which he appears to defend adults having sex with 13- and 14-year-olds.

Bill Maher, in characteristic fashion, now wants to take credit for his fall. But the real source, according to Vox, is a 16-year-old Canadian girl who pays really close attention to her podcasts.

As ever, teenage girls will save us all.

After getting well-deserved heat for booking Yiannopoulos on his show, ceaseless self-parody Maher is now taking credit for bringing him down. “I said, specifically, sunlight is the best disinfectant,” he told The New York Times. “Then we had Milo on, despite the fact that many people said, ‘Oh, how dare you give a platform to this man’…And by the end of the weekend, by dinnertime Monday, he’s dropped as a speaker at CPAC. Then he’s dropped by Breitbart, and his book deal falls through. As I say, sunlight is the best disinfectant. You’re welcome.”

Bill. Buddy. You claiming on-air that being afraid of trans people using the bathroom is “not unreasonable” didn’t do jack to discredit him or his message.

Instead, it was an intrepid 16-year-old Canadian girl who tracked down the video and sent it to a conservative blog. As reported by Vox:

“She has been particularly alarmed by the recent rise of Yiannopoulos and others like him. So as soon as she heard Yiannopoulos would speak at CPAC, she was appalled.

Then an old moment popped in her head. She remembered hearing an obscure podcast, the Drunken Peasants, in which Yiannopoulos, responding to a video by YouTube pundit Kevin Logan, defended the idea of “13-year-olds” having sex with “older men,” arguing that child molestation provided a “sort of ‘coming of age’ relationship” for teenagers.

Her memory was right. She found the July 2016 clip.

She didn’t think she’d have much luck spreading the news herself with her small Twitter following, so she contacted a conservative outlet to get the story out.”

From there, the story quickly spiraled.

As reassuring as it is to see Milo’s hate-speech lose its platforms, this end is also a bit frustrating. I would have preferred to see Milo rejected for literally any of the other scores of vile things he’s said, rather than for a quote that conforms to the right’s equally vile and wrongheaded ideas about gay men and pedophilia. It’s depressing that, in many ways, homophobia is part of what sent Milo’s career crashing, rather than justified outrage at his dehumanization of millions of people. It’s also undeniably gross to hear conservatives crying, “Think of the children!” when they’re busy putting thousands of students in danger and plotting to take health care away from kids with cancer. We should obviously protect children from sexual predators. There’s no defense for Yiannopoulos’s comments, and I don’t doubt anyone’s distaste at them. But this moralizing still feels hollow when it comes from the same people who refuse to protect children from poverty, sickness, deportation, or police brutality. Which children, exactly, deserve protection?

Even with all these factors considered, Yiannopoulos’s fall still means that undocumented and trans students are now in less danger of being outed at one of his university shows, and it still means that someone whose shtick is delighting in cruelty has lost a high-profile platform. So it’s hard not to celebrate.

I’m just not going to celebrate by congratulating Bill Maher.

(Via Vox, New York Times, and; image via Shutterstock)

[Edited to remove commentary about the girl’s politics, details of which can be found at Vox.]