No Avengers Reunion in Iron Man 3: None of Tony Stark's Crime-Fighting Compatriots Will Put In An Appearance | The Mary Sue

No Other Avengers Will Be In Iron Man 3. Cheer Up, Tony. You’ll See Them in The Avengers 2. 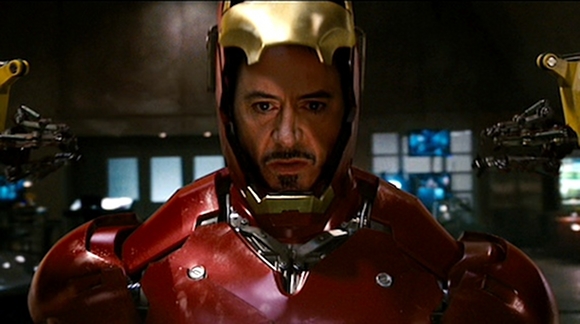 Those who wanted to see some sort of mini-Avengers reunion in Iron Man 3 are going to be disappointed: Marvel Studios President Kevin Feige has said that not a single other Avenger will be appearing in the film.

You have to keep in mind that Iron Man 3 had been in the works for almost a year, year and a half before The Avengers was released. We’re sticking to the vision for these films, and showing once again that these characters are just as interesting alone as they are together.

*sigh* Fine. I understand that reasoning. But I’ll still be sad about the lack of Science Bros.

Samuel L. Jackson reiterated the news, stating “I think my next time as Nick Fury is in Captain America: The Winter Soldier. Because I’m not in Iron Man 3. None of the Avengers are in Iron Man 3. It’s a standalone Iron Man movie.”

You know who else could be in Captain America: The Winter Soldier? You. A charity auction in support of the Toluca Youth Baseball League (bake sale? We don’t need no stinkin’ bake sale!) is auctioning off a pair of nonspeaking walk-on roles in the Captain America sequel, which is shooting next spring and summer and will be out in April 2014. The prize comes with a meet-and-greet with whatever actors happen to be filming the day you’re on the set. If you have a few thousand dollars to spare you can head to Charitybuzz, where the current bid is at $2,250 with 19 days left to go.