Transgender people's existence is not political. 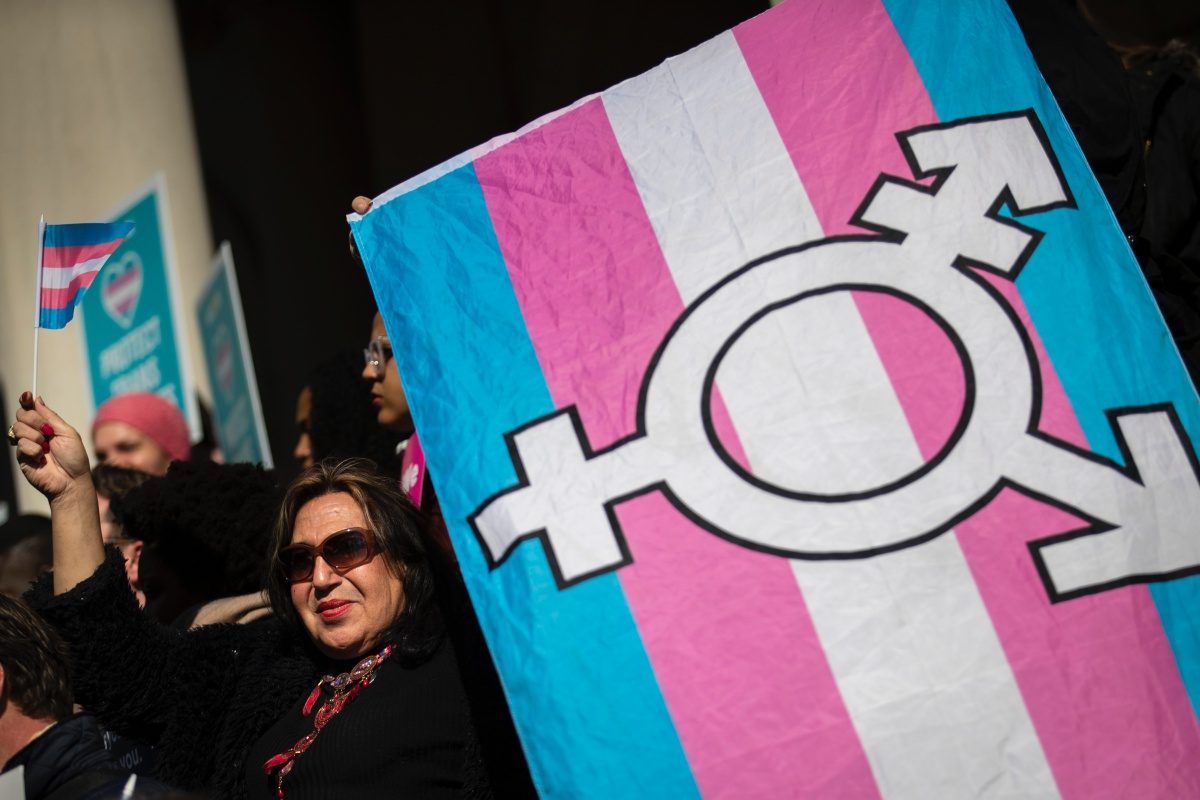 Nintendo’s latest update of Super Smash Bros. Ultimate includes a stage builder, allowing players to build and share their own creations. This got a lot of attention last week because, as should have been expected, a ton of players were quick to put as many dicks into the game as possible.

It wasn’t just phalluses that the game’s moderators had to watch out for. Some attention-starved nitwits created swastikas, 9/11-themed images, and other creations ranging from poor taste to totally vile. But in addition to lewd and hateful content, mods also reportedly deleted a stage featuring a transgender flag.

So @Nintendo has, in their infinite wisdom, decided that this stage featuring the trans flag violates their TOS. #SmashBros #NintendoSwitch pic.twitter.com/9FWgQpcCDG

Twitter user @WarmSafflina says that she was told her content was taken down and her account temporarily suspended because the flag was seen as a “political statement.”

Update: I have reached out to customer support. The exact reason it was taken down was because it is considered a “political statement”. According to their records, my account was also suspended for 9 hours.

First of all, as Warm Safflina points out in another tweet, the words “political” or “politics” do not appear in Nintendo’s code of conduct. They forbid “engaging in or promoting any discriminatory, defamatory, hateful, obscene, physically dangerous, or otherwise illegal, fraudulent or objectionable conduct in connection with the Service.” Political content is not listed as a potential reason for removal and suspension.

But beyond that, it’s incredibly disappointing that Nintendo joins the ranks of so many others who still see transgender rights and even the public existence of trans people as inherently political. Saying transgender people deserve their civil rights is not a political statement. Banning trans symbols is a political statement, though, as it does nothing but normalize bigotry.

Some users are pointing to Nintendo’s history of LGBT inclusion as proof that this isn’t really an issue. But that history is spotty at best. There have been a handful of LGBTQ+ characters in their games, but 2016’s Fire Emblem Fates also included a conversion therapy plotline. And in 2014, players of Tomodachi Life were able to enter their characters into heterosexual relationships but not gay ones. The company eventually surrendered to the backlash and changed that design flaw, but not before defending the decision by saying they were trying to avoid making “social commentary,” a phrase they used twice in one very brief statement.

In both that instance and the Smash Bros. controversy, Nintendo makes it clear that they see the inclusion of LGBTQ+ characters as political or social commentary, and they see their exclusion as apolitical or neutral. This sort of view refuses to acknowledge trans people as people with the same right to exist in public spaces as cis people have. At the very best, it sends the message that trans people are welcome (to give Nintendo their money) so long as they don’t insist on being visible.

For those saying this is just Nintendo’s policy, as if it’s the work of faceless algorithms and there’s nothing that can be done, it’s important to remember that there are actual people behind these policies with differing opinions and the ability to be influenced. Even the representative Warm Safflina describes speaking with didn’t agree with her suspension.

The supervisor told me they personally don’t agree with the ruling, and recommended I and others contact corporate, or visit the Smash support forums and leave messages that the trans flag and messages of support for trans rights shouldn’t be prohibited.

In 2014, Nintendo thought they were avoiding “social commentary” by excluding same-sex relationships from a game. Their audience loudly told them how offensive that was, and the company listened. (Whether they actually agreed or they were just protecting their reputation and their bottom line, a change was made.)

Hopefully, they’ll hear this message just as clearly: that trans rights are human rights, and that to lump them in with hate speech and inappropriate imagery as a removable offense is completely unacceptable.