Nintendo 3DS Launching in US and Europe in March: Costs $300 in Japan 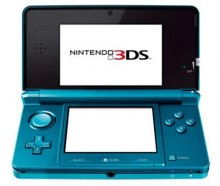 Looks like our hopes for a surprise pre-Christmas stateside release for Nintendo’s 3DS, a la the Nintendo DS before it, were premature: Nintendo has announced that the 3DS will be released in the US and Europe in March, following its February 26th launch in Japan.

While we don’t yet know how much the 3DS will cost in the US or in Europe, its Japanese price is a little steep: 25000 yen, or about $300. This isn’t a total surprise, though: Nintendo made a big deal about its expectation that the 3DS would sell at a profit from day one, and market research company Lazard Capital Markets pegged it as costing between $250 and $300. And it’s not certain that it would cost that much over here. Note that if it did, Nintendo would be in the odd position of having a handheld that costs $100 more than their current generation console.