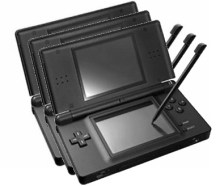 We already know that the 3DS will be out in NA by the end of March 2011, and a TV appearance by the president of Nintendo America last month seemed to indicate that the 3DS would be coming in 2011. But does the September 29th announcement spell hope for a 2010 release date after all? Nintendo announced the original DS’ release date on September 20th, 2004; it was in American stores by November 21st.

Note that September 29th is a day that holds a special significance for Nintendo: September 29th, 1996 was the official North American release date of the Nintendo 64, although some retailers cheated and sold it a few days early to capitalize on consumer demand.