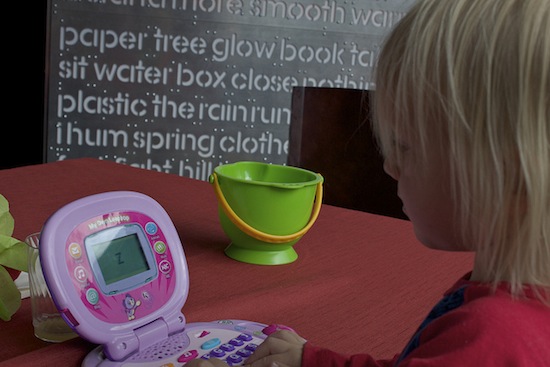 Seriously, Finland? We understand that Internet piracy is a problem, but this is just too much. Police raided the home of a nine-year-old girl and confiscated her laptop — her Winnie the Pooh laptop — because she was accused of downloading one song off The Pirate Bay. That really happened. We all live in this world now.

Back in the spring of this year, the parents of the little girl were told their Internet connection had been used in an act of online piracy. Their daughter had come across a song she was searching for on The Pirate Bay and downloaded it. She later bought the album. The family was told to pay 600 euros for the incident and sign a non-disclosure agreement, but they refused at the time. On Tuesday, things got real when Finnish police showed up at their door with a search warrant, and took their daughter’s Winnie the Pooh laptop.

To artist of the song the girl downloaded, Chisu, has stated that she does not want to sue anybody, and apologized publicly for the incident. She even provided a link where fans can listen to her music for free via Spotify. This hasn’t stopped Finnish anti-piracy group CIAPC from pursuing action on her behalf.

If this had happened in Germany, it wouldn’t even be a story because parents aren’t responsible for the online piracy activities of their children, but in Finland they’re still gunning hard for pirates of any age. The young age of the accused girl, and the fact that she is only being accused of downloading one song, makes us question if this is really the best use of Finnish police resources. Not really. This is clearly a waste of Finnish police resources.

Just give the little girl her laptop back, Finland. You’re being ridiculous.

(via TorrentFreak, image via v8media)