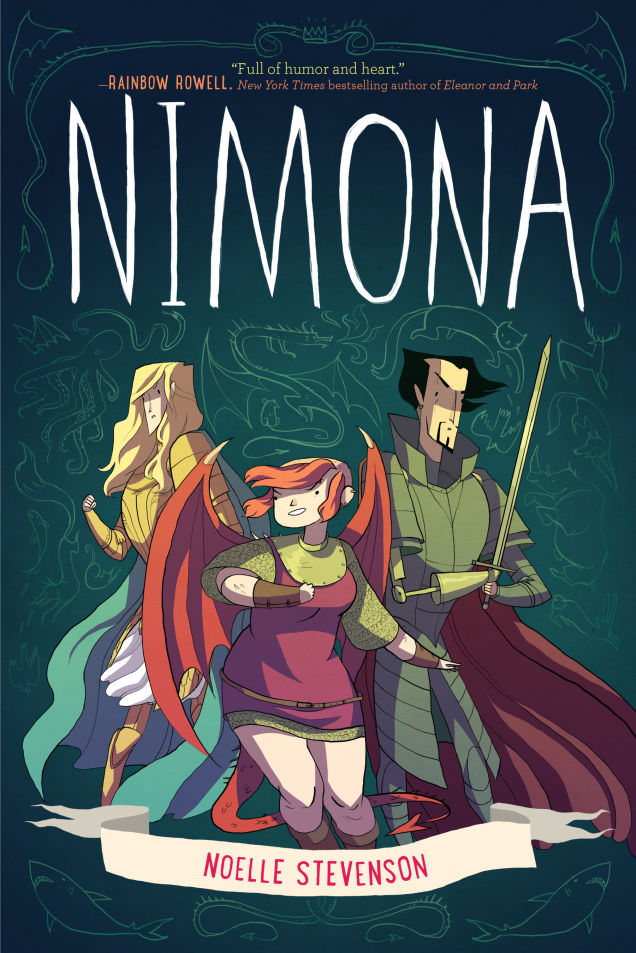 We’re one step closer to that Nimona animated adaptation we were promised way back in 2015. Just yesterday, Disney confirmed that the animated series will premiere on February 14th, 2020. Yeah, that’s years away, but still, something to look forward to, huh? (If, you know, we don’t all get wiped off the map or something.)

Like I said, we’ve known that the series was in development since way back in 2015 over at Fox Animation. We’ve also known that Patrick Osborne, who directed that delightful food-centric Disney short Feast, will be directing this project as well. Osborne hopes to keep the series in line with the charm and humor of the original webcomic, saying as much in a chat with Variety: “The comic book is kind of violent so we have to tone it down, but it’s very smart and we’re sticking to the self-aware tone of the comic. What Noelle did with the writing, we definitely want to preserve; it’s so good.”

We’re all pretty stoked to see that Nimona is finally coming to television screens. Its creator, Noelle Stevenson, saw her career grow out from this webcomic to Lumberjanes (both of which won an Eisner) and now writes for Disney’s Wander Over Yonder while also claiming some Marvel comic writing credits on the way. She’s certainly a comics powerhouse, and it’s just thrilling to see her work make the jump from comics to screen.

If you haven’t read Nimona yet, you can either pick up a collected hardcopy or you can read it online in its original webcomic form. According to Wikipedia’s shortened plot synopsis, the story is about “a rambunctious young shapeshifter and the sidekick of the supervillain Lord Ballister Blackheart. Blackheart is a knight turned mad scientist who’s pursued by his nemesis, and later potential love interest, Sir Ambrosius Goldenloin of the Institution of Law Enforcement and Heroics. The first five chapters focus on the differences in outlook between Nimona and her by-the-book boss, as well as their plots against the secretly villainous Institution.”

Seems good, right? Totally perfect for an animated series, no?