Nicolas Cage Actually Searched for the Holy Grail? Yeah, Makes Sense to Me. 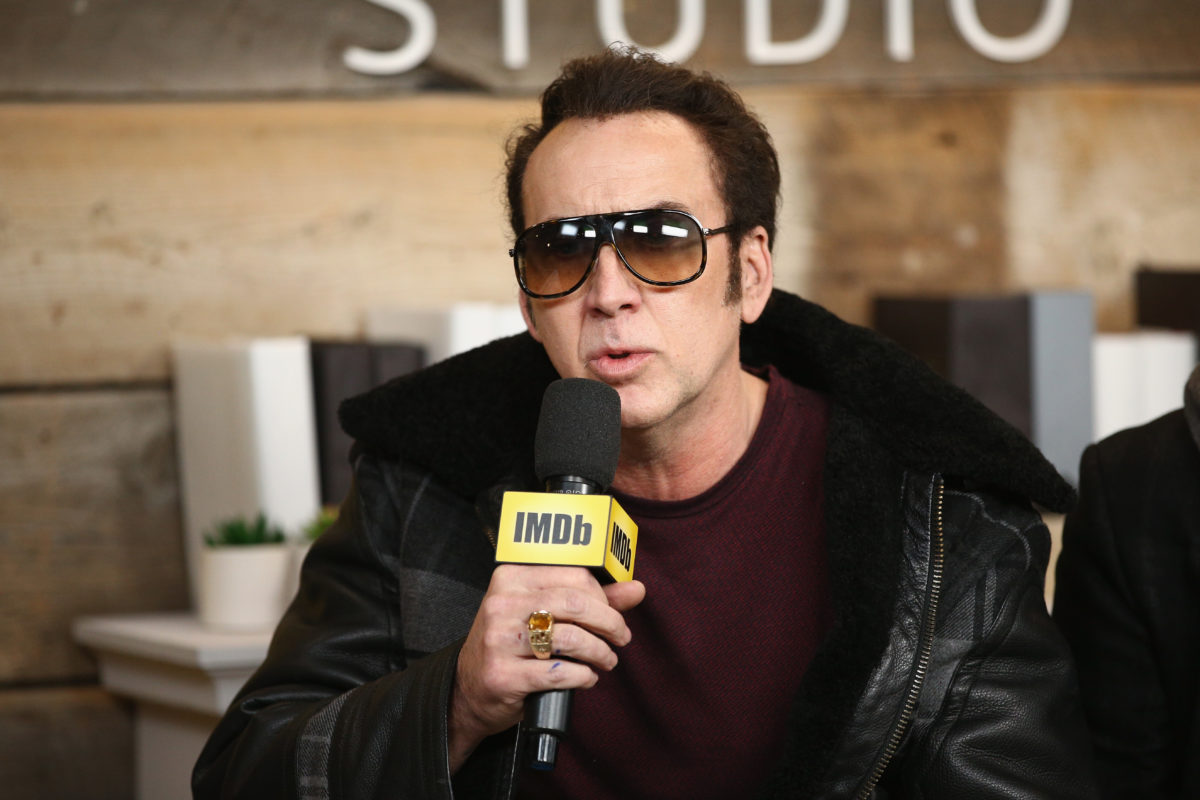 Nicolas Cage is the definition of an enigma. First, before we even get into this latest interview with him, please note that it includes a nearly $300,000 dinosaur skull and a quest for the Holy Grail. Second, that sentence is the most Nicolas Cage thing I could have dreamt of, and it is a very real thing that exists out there in the world.

When David Marchese got to sit down with his favorite actor for the NY Times, he had some important questions, which, honestly, is relatable. Who wouldn’t have a lot of questions for Nicolas Cage? I remember watching Raising Arizona as a kid and then something like Gone in 60 Seconds and being utterly confused by this man and his acting talents. That being said, Face/Off is still maybe one of the greatest gifts I was ever given as a young child.

The interview did not disappoint. Filled with wild turns and Cage saying strange things as if they’re well-known and what we’d instantly expect, it’s truly a baffling experience and one of the most Nicolas Cage-esque things I’ve ever read. I mean, look, he talks about TIFF and has to clarify that he means the film festival in Transylvania, not the well-known Toronto International Film Festival.

The most interesting part, for me, is when Cage talks about the dinosaur skull that he purchased for $276,000 that he then had to return to Mongolia. (Honestly, he returned it because it was obtained illegally, but why he felt the need to purchase it in the first place is what’s super intriguing) Within that discussion, he admits to going on a quest for the “grail” like he’s actually living as one of the characters he’s played.

Or an octopus. What is an octopus, $80? You’re not going to go into dire straits buying an octopus. The dinosaur skull was an unfortunate thing, because I did spend $276,000 on that. I bought it at a legitimate auction and found out it was abducted from Mongolia illegally, and then I had to give it back. Of course it should be awarded to its country of origin. But who knew? Plus, I never got my money back. So that stank. But I went years where all I was doing was meditating three times a day and reading books on philosophy, not drinking whatsoever. That was the time when I almost went on — you might call it a grail quest. I started following mythology, and I was finding properties that aligned with that. It was almost like National Treasure.

Of course, that didn’t sustain. On top of which, I said, “I’m going to get off philosophy,” because I became like a kite with a string but no anchor. No one could understand what I was talking about. And I thought people would rather see me as an orangutan than as an eagle meditating on the mountaintop anyway.

(Historically, we’ve been plenty happy imagining him as an eagle.)

Lucky for us all, Marchese asked him to clarify the grail quest comment. His answer?

Never has anything made more sense to me than Nicolas Cage talking about the skulls of dinosaurs and going on his own quest for the Holy Grail. This interview is everything I had assumed that Nicolas Cage would be and so much more, and maybe that makes him the actual most interesting man alive.