We would watch 25+ hours of Nic Cage's Lord of the Rings. 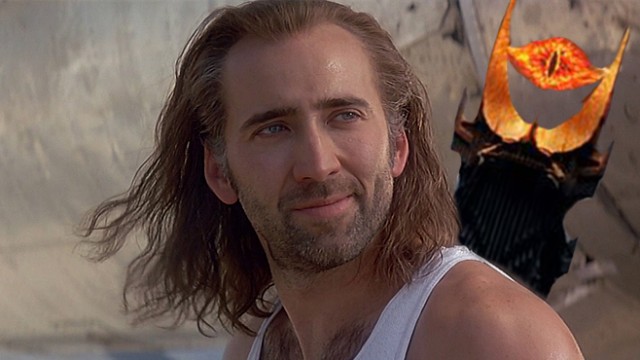 Did you know that Nicolas Cage was going to be in Lord of the Rings, but he turned down the opportunity? “I can’t even imagine what that would have been like,” you say in awed wonder. Don’t worry; we’ve done some imagining for you with seven characters who should’ve been played by Nic Cage.

Cage apparently had an offer on the table to play Aragorn, as he mentioned in a Newsweek interview back in 2015 (you can see what that might’ve been like above). Now, in the lead up to his latest movie, The Unbearable Weight of Massive Talent, Cage has weighed in on just why he would turn down that and other big roles, and despite how that new movie plays on audiences’ perception of Cage’s bizarre persona with the character “Nick Cage,” the decision came from entirely down-to-Earth reasons. Cage told People,

First and foremost … there’s no version of Nic Cage in reality that doesn’t want to spend time with his children. There’s no version of Nic Cage that didn’t put family first over career. I turned down Lord of the Rings and I turned down Matrix because I didn’t want to go to New Zealand for three years or Australia for three years because I needed to be home with my son Weston, that’s a fact.

So there is a huge disparity between that Nick Cage in Massive Talent and the Nic Cage sitting in front of you right now.

Yes, in case you were wondering, Cage was not only up for Aragorn in Lord of the Rings, but for Neo in The Matrix. And while Cage is certainly leading man material, I can’t help but think that taking on roles like that would’ve been a waste of his … unique talents. Here’s who he should’ve been instead: 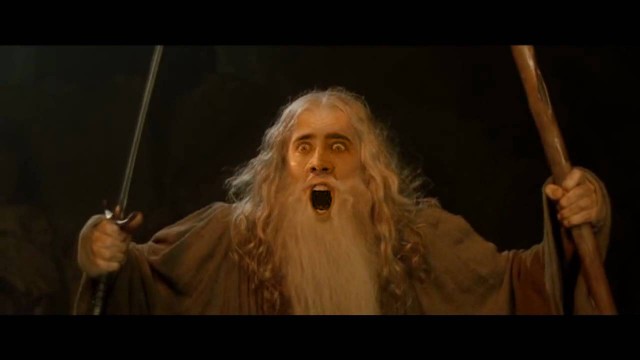 YOU SHALL NOT CAAAAAAAAAST (Nicolas Cage)! 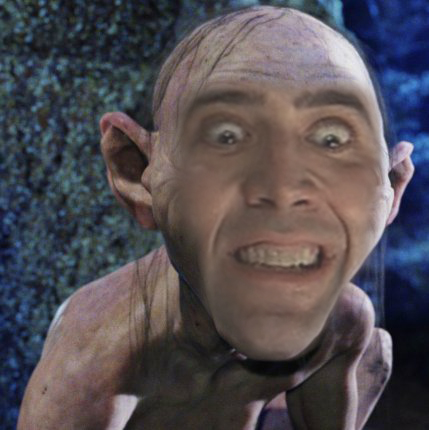 Andy Serkis is great, but Nicolas Cage probably could’ve gotten the job done without CG if he went all Christian Bale in The Machinist.

Disclaimer: The Mary Sue assumes no liability for any mental anguish/lack of sleep caused by this post. 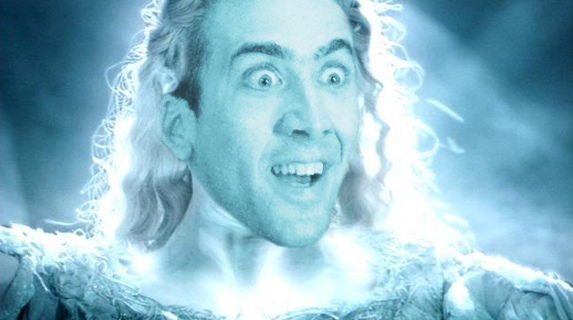 ABSOLUTELY NO LIABILITY. (And you thought this scene couldn’t have been more unsettling.)

You know Elrond always wanted to grow a mustache to stroke while he performed extreme eyebrow gymnastics. 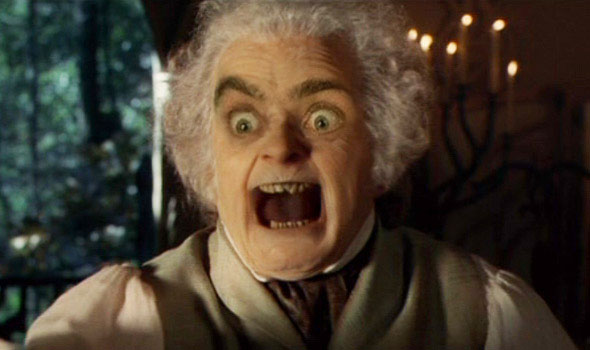 Be honest. This one doesn’t even look any different from how you remember it, does it? I promise you that it has been edited like all the rest, and Cage is just that much of a chameleon. 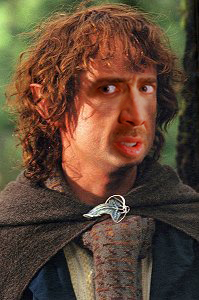 Sadly, a hobbit body is too small to hold all of Nic Cage’s talent.

7. One of those damn eagles that save everyone Nicolas CageThe Lord of the Rings