Moms Who Grew Up With Nickelodeon, Say Hello To NICKMOM! 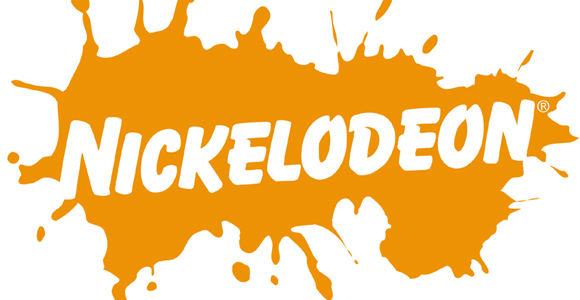 As someone who spent the majority of her youth watching episodes of You Can’t Do That On Television, Double Dare and Clarissa Explains It All, I must say I occasionally find myself longing for shows that I know are aimed squarely at me and that I’m guaranteed to enjoy. I may not be a mother but some ladies who grew up with the cable network Nickelodeon now are and I hope they are as excited about this news as I am. Nick Jr., the station aimed at preschool-aged children, is launching a primetime block of programming for their moms called, what else? NICKMOM.

The NICKMOM block is going to air nightly from from 9 p.m. to 1 a.m. with two-hours of original content and a replay immediately following. According to the press release, it “will feature a mix of original long- and short-form humor-based programming, including talk shows, stand-up and sketch comedy, hidden camera and more.” The network won’t launch the programming until next year but the website will debut Monday, Nov. 14 as a blog on Nickelodeon’s ParentsConnect.com and “evolve into a robust, mom-focused humor site complete with editorial, photos, videos, gaming and community next year.”

“Today’s moms who grew up with Nickelodeon have a renewed relationship with us through their kids, and now we have something for them as adults in NickMom,” said Cyma Zarghami, President of Nickelodeon Networks. “This generation of moms is very different than any one before it and we are very excited to offer a destination that is unique in today’s entertainment landscape with content that taps into the Nickelodeon’s comedic DNA.” According to Nielsen Media Research, one out of every four moms today grew up watching Nickelodeon and that “these moms say they want entertainment content that is focused on comedy, helps them relax at the end of the day and ultimately celebrates being a parent.”

The network already has more than 30 projects currently in development that run the gamut from talk shows and docu-series to stand-up and sketch comedy, hidden camera and game shows. They’ve also got some great talent lined up. “Development deals are in place with Eyeworks USA (The Biggest Loser); Mad Cow (Madeleine Smithberg, co-creator, former executive producer of The Daily Show); actress and author Annabelle Gurwitch (You Say Tomato, I Say Shut Up; Fired!; Dinner & a Movie); and Emmy award-winning Hugh Fink (head writer, The Late Late Show with Craig Ferguson; and writer, SNL); among a host of others.”

What kind of programming would you like to see on NICKMOM? Personally, I hope they don’t go down the generic lady-television route and do cooking/crafting shows. Not that there’s anything wrong with those, just that you can find them on any number of channels. I do, however, like the idea of different types of comedy shows. After all, that’s what we all loved to watch on Nick. I’d also have to suggest, instead of repeating the programs after the first two hours, why not air classic Nick shows that this demographic watched growing up instead? Besides the ones I mentioned in the introduction, The Ren and Stimpy Show, All That, Hey Dude, Are You Afraid of the Dark?, The Adventures of Pete and Pete, The Secret Wold of Alex Mac, Legends of the Hidden Temple, oh I could just go on and on and on…

Also, just as an aside, Nickelodeon has been around for 32 years. Pretend I didn’t say that.