New Pokémon GO Changes Address Some of the Most Frustrating Issues

Obligatory: "No, not the tracker." 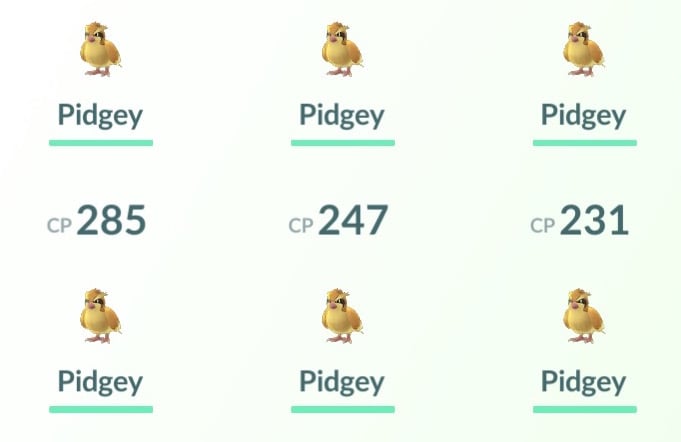 Encountering countless Pidgeys and Rattatas on Pokémon GO journeys has become a familiar norm for the game’s players, with many even using that to their advantage by catching mountains of them in order to evolve them after using the XP-doubling Lucky Egg item. Now, amidst a flurry of changes to enhance the game’s longevity, Niantic has tweaked that spawn rate, along with another all-too-common disappointment.

In tweets from the game’s official account yesterday, Niantic noted that players may see higher rates of less common Pokémon appearing where they’d normally expect to find Pidgey, Rattata, and Zubat. There’s no update to wait for, either, as Pokémon spawn rates and locations are handled entirely on the server side of the game. The Halloween promotion leveraged this ability to flood the game with ghost type Pokémon and more—to great effect—so it’s no surprise to see Niantic continue to switch things up.

There’s no word on which Pokémon players will run into more often, and there will likely still be plenty of birds and rats, but with most of the playerbase having been involved for months due to the game’s overwhelming popularity at launch, it was about time for this to happen. Not only that, but an even more frustrating issue has finally been addressed: Eevee will no longer hatch out of 10km eggs. The fairly common Pokémon hatching from the highest difficulty eggs was always absurd, as going through the process of finding one and hatching it was plenty tough on its own without introducing a random chance of being a dud.

Now, Eevee will only be awarded to players after walking a 5km egg its full distance, so be prepared to get disappointed twice as fast! I’m kidding; this is a pretty welcome change. These adjustments have also come on the heels of the announcement about the Daily Bonus system, and I’m looking forward to seeing what’s coming down the line as Niantic tries to keep the game interesting for those still playing.

(via Polygon, image via screenshot)