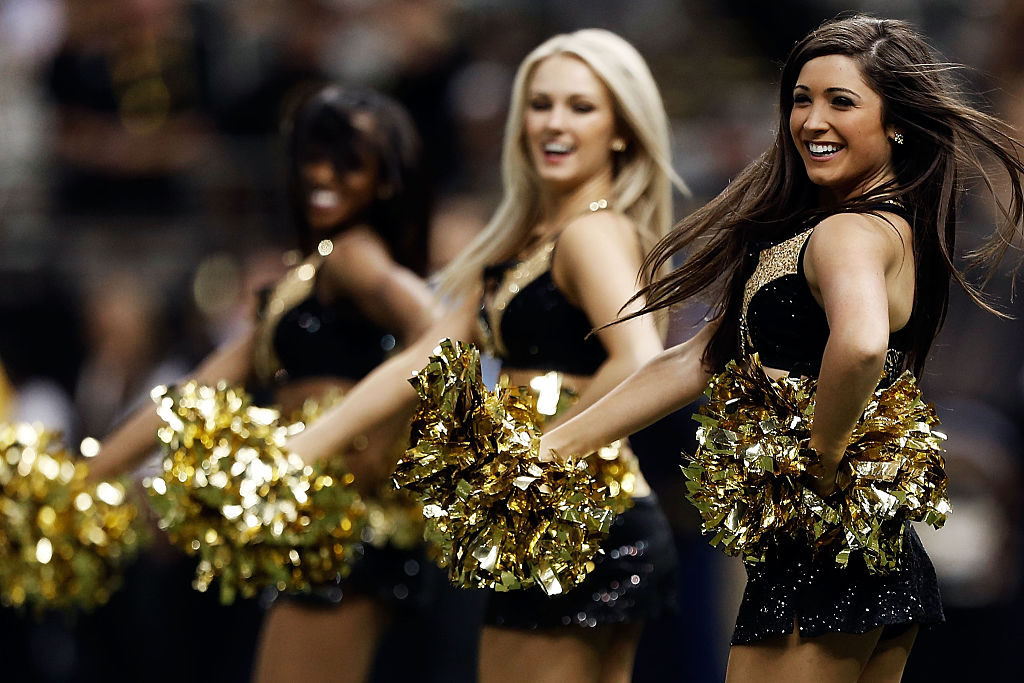 A former New Orleans Saints cheerleader has filed a complaint with the Equal Employment Opportunity Commission over aspects of her job that were anything but equal. Bailey Davis was fired for posting a picture of herself in one-piece lingerie on her private Instagram page, which violated a team rule prohibiting cheerleaders from appearing nude, semi-nude, or in lingerie. However, Davis’ official complaint describes how the team has two very different sets of rules for conduct—one for the players, and another for the cheerleaders—and those for the women are not just more restrictive, but ultimately serve to make them responsible for the behavior of the men around them.

The team has a strict anti-fraternization policy, but the entire burden of upholding that policy is on the women. The cheerleaders are required to block all players on social media—not just players on their team, but all 2,000+ players in the NFL, many of whom use pseudonyms for anonymity. The players have no rules dictating whom they can follow and are not punished for pursuing interactions with cheerleaders.

The cheerleaders are told that the rules are there for their protection, an all-too-familiar claim that makes women responsible for the actions of men. These sorts of regulations systematically uphold the dangerous (and insulting) assumption that the wrongdoings of men are inevitabilities, and that the only way for women to be safe is through their own hyper-cautious vigilance. And in this case, all of this is being demanded of them by their employer. As Davis’ attorney says, “The antiquated stereotype of women needing to hide for their own protection is not permitted in America and certainly not in the workplace.”

But it’s clear that that employer doesn’t have much respect for their cheerleaders. In addition to the social regulations, cheerleaders are also prohibited from posting pictures of themselves in Saints gear. The players don’t have the same rule. In a profession where personal branding is an essential part of marketing themselves, it would hurt their career to be forbidden to do so. No doubt, it’s hurting the cheerleaders’ professional prospects.

It’s unknown if other teams have similar rules. (It’s also worth noting that only one NFL team, the Baltimore Ravens, has male cheerleaders. I doubt they have restrictions like the women of the Saints.) But as the Times notes, the NFL has a long record of undervaluing their cheerleaders. The women of other teams have sued over poor pay, requirements that they buy their own makeup, outfits, and transportation, and objectifying and demeaning treatment.

In those cases, the NFL argued (successfully) that the cheerleaders were employees of their individual team, relieving the league of responsibility and leaving every team’s cheerleaders to fight against the discrimination that is, if not universal in the industry, clearly rampant. Davis told the NYT she filed her complaint to help her colleagues.

“I’m doing this for them so they can do what they love and feel protected and empowered,” she said, “and be a female athlete and not be pushed to the side and feeling unimportant.”