New!Thor Addresses Those Damn Feminists Who Ruin Everything

Snortblat would be so proud.

Well, okay, no—she addresses jerks like Absorbing Man here who think feminists are actively trying to make his life worse simply by wanting more out of their entertainment than just the same three or four white dudes punching stuff together in every single comic book. More like Nolmir, am I right, guys?

We’re a bit late to the party on this as the issue was released on February 11th, but we couldn’t let such glorious majesty slide once we’d seen it. Thor takes on Absorbing Man and his wife Titania when they escape from prison, and the former does not appear to be happy with the idea that a woman has now taken up the mantle of Thor: 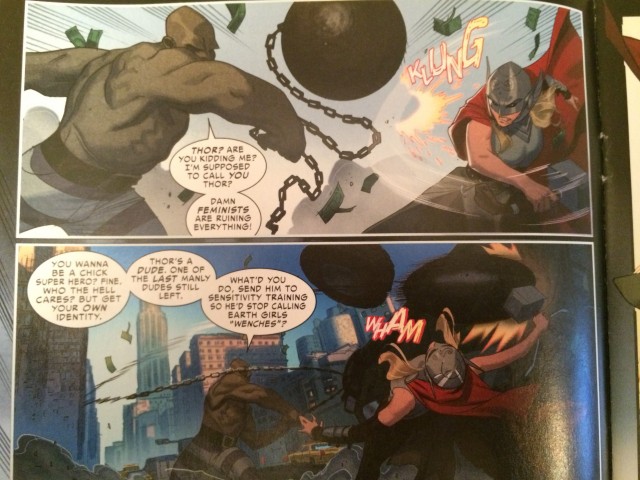 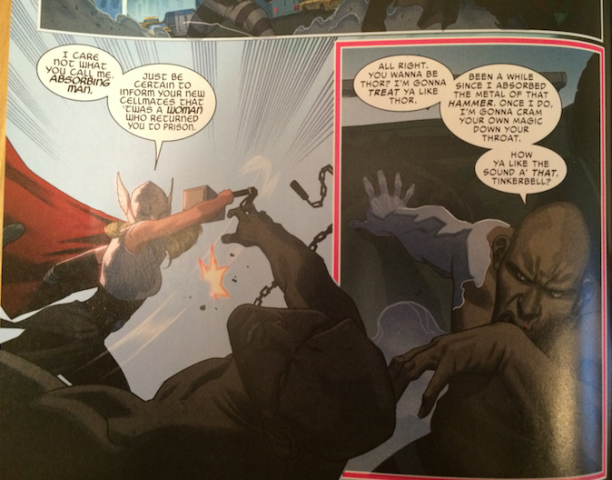 Sure, it’s way too on the nose as far as meta-textual cultural critique goes (Titania even questions why she’s not called “Lady Thor,” which c’mon now). But given we’ve literally seen so many Internet comments that say stuff like this every time it’s suggested that comics go outside of their traditionally white male character roots and embrace someone different, it’s still pretty damn satisfying to see Absorbing Man get his comeuppance: 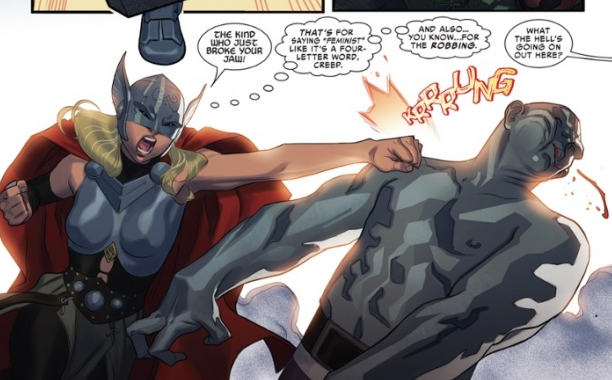 It only gets better if you pick up the issue, friends—although I’d still like to know why Thor speaks in conventional non-Asgardian dialogue when she’s thinking to herself. Too bad we’re not going to find out her former identity until Thor #8 in May!