New Yorkers: We Are Not Fear, We Are Hope. 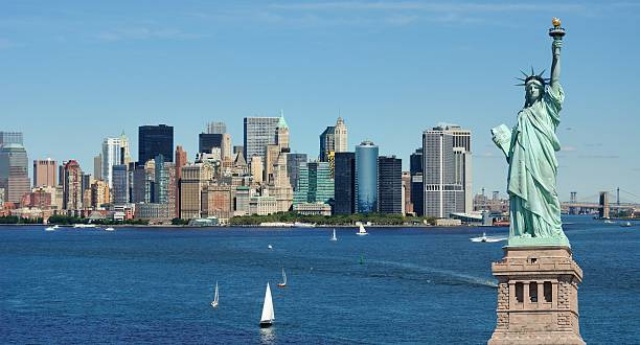 I have lived in Brooklyn my whole life, there are many labels I am proud of in my life and none more meaningful than that of New Yorker. I am a Yankee through and through and the only thing I am of more than a New Yorker is a girl from Brooklyn.

As reported by The New York Times, earlier today a Home Depot rental truck speeding down a Hudson River bike path crashed before a 29-year-old male driver jumped out with fake guns before being shot by police. While he is now in the hospital, eight people are dead and more were injured by the truck according to the information we have right now.

I’ve spent the past hour calling and texting my loved ones to make sure they’re okay. It is a horrible feeling.

“This was an act of terror,” says Mayor Bill DeBlasio. He asks us not to give in to our fears and to remain strong and vigilant as we New Yorkers have always done. I just want to say that while I agree with that statement, it is not always easy.

I was eight years old when 9/11 happened. I remember that day very clearly. The chaos, the lack of understanding, but knowing that everything changed. I remember looking up at the sky and seeing smoke from the city in the sky. As a child, I knew from that smoke and how far it had traveled that whatever happened was dangerous and deadly.

For years when I would hear a plane get “too low” it would fill me with fear and panic. I would jump out of bed and run into my parent’s bedroom door, getting as far as the doorknob before realizing that I was safe.

As an adult, I tell myself that I cannot live in fear of terrorism, yet my chest still gets tight when the train is delayed underground for too long. I know that by living in one of the greatest cities in the world we have to always be vigilant. Yet there is nothing that can prevent people who seek to harm us from finding some way to do so. So I, like many others, have chosen to be hopeful because I refuse to be anything like what they want me to be. Hateful, fearful, paranoid.

It is easy to give into that fear. To want to seek into ourselves and stay isolated, to find someone to blame that can make it seem as though all of this would be preventable if we just kept them away. There is no singular them. Terror is a virus that spreads can anywhere and has multiple origins. All we can do is be better than the things that threaten to destroy what makes our city great.

I love New York City because it is a diverse place. That I have been exposed to different religions and ethnicities and experiences while just living on the A-line. I would not replace those experiences and the people who come with them, for the illusion of safety. Especially because that is what these terrorists want. They want to divide us by appealing to the idea that at our basest level we are tribal and insular, forsaking those who will not assimilate into our ways of life. That is not what New York City is.

That is not what New York City is. At least it has never been that for me. I am a first-generation American who would never choose to live anywhere else in the world. This is my home and it is my home because New York City is the home of opportunity or people from across the world and no one person will ever, EVER stop us from being the best damn city on Earth. Only we can do that by allowing a terrorist to think we are anything like them.

Instead of spreading fear and hate, let us instead spread support to the families of those who have lost loved ones and those still in the hospital. We are not fear, we are hope.

For those who are still going out tonight, be safe and know that the annual Halloween Parade in NYC will be going forward as planned with extra security.