The Numbers Are In: New York Comic Con’s Attendance Surpassed Even San Diego’s This Year

How many do you think were women? 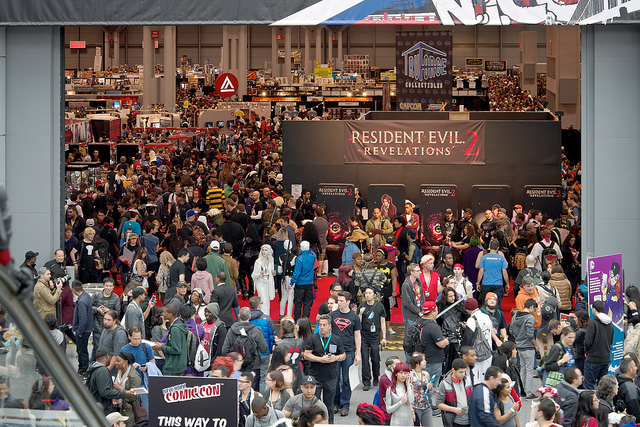 No official data has yet been released regarding the demographics of those who attended this weekend’s New York Comic Con, but anyone who spent more than a couple of minutes at the Javits Center knows it was a lot of people. In the pre-show video that was shown before many of the Sunday panels yesterday, Senior Vice President Lance Fensterman put out a number: 151,000 unique attendees. Jesus. Like, at once?

San Diego Comic-Con, in contrast, caps its attendance numbers out at 130,000, and has been stuck on that number for the past couple of years. Technically NYCC also beat out SDCC last year with 133,000 attendees, but at a 21,000 person difference this year, it’s safe to say that the latter convention has now officially surpassed its predecessor in terms of sheer volume.

Fernstein attributes this sudden burst in foot traffic to REEDpop’s decision to expand Thursday (which is typically reserved for press, VIP, and four-day pass holders only) into a full day of programming. The number also doesn’t include attendees of events featured as part of New York Super Week, the 10-day-long city-wide nerd festival that bookended the convention.

Okay, I know 151,000 people sounds like a lot. But would you like to put that number into sharp relief? It’s also less than 2% of the population of New York City (8.06 million people). So don’t worry your pretty little cosplaying heads, you wonderful nerds: everyone who saw you on the subway en route to the Javits still thought you were a weirdo.