New York Comic Con Will Be Happening Twice This Year 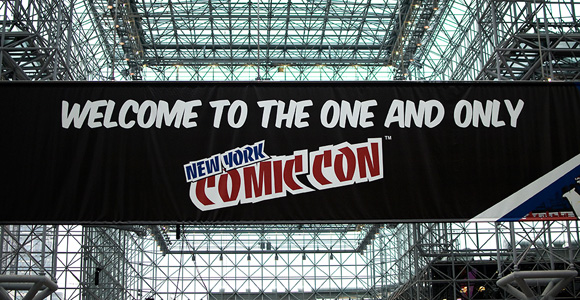 If one New York Comic Con wasn’t enough for you, you’re in luck! Especially if you like comic books.

ReedPOP, the folks behind PAX East, C2E2, Star Wars Celebration and more, recently announced a partnership with Oz Comic-Con in Australia which added five more shows into their portfolio.

“Over the past two years, Oz Comic-Con has created first class pop culture experiences, acting as a stage for local and international creativity,” Rand Ratinac, Director of DCA Enterprises, stated in a release.  “Our partnership with ReedPOP elevates Oz Comic-Con within the competitive international market, truly putting Australia on the map for pop culture events and opening the door for remarkable opportunities that will carry on through to our attendees, supporters, guests, and exhibitors.”

But they’re not slowing down any time soon. They’ve decided to spin-off a second show from their annual NYCC pop-culture event. They’re calling it Special Edition: NYC and it’s currently scheduled to debut at the Javits Center in Manhattan on June 14 and June 15. Here’s the kicker: it’s going to be focused purely on comic books.

“It’s really about creators, artists, dealers and some publishers,”  Global VP Lance Fensterman told Comic Book Resources. “We’re trying to keep it really pure to comics, [with] a little bit of kind of an indie bent to it. Just something for that pure comic fan, and something for the creator community.”

The two-day event will take place where NYCC’s Artist Alley has been at home for the last two years. Many attendees, myself included, have felt like it was its own convention already. I know I spent most of my time there last year speaking with creators and avoiding the crowded main floor.

“We started as a pure comics event,” Fensterman said. “That’s what New York Comic Con was, and it’s grown and grown. We felt having something that was still consistently focused on and serving that core comic fan and community was true to our vision when we started this whole game.”

No word on whether or not this will affect the usual Artist Alley at the main show (I hope not) but it will be another great chance for creators to showcase their talents. NYCC is planned for October 9-12 this year.

[UPDATE] It’s been brought to my attention Special Edition: NYC is taking place at the same time as another New York comic event, New York Comic Fest. That one will take place June 14 and already is hosting some great names.