What’s that, a new Wonder Woman series with Gail Simone on the first issue? Lumberjanes expanded beyond its first eight issue run? Consider this Today in Good News in Comics.

DC Comics’ August solicits are up on Newsarama (translation: the single issues that DC intends to publish over the month of August have been announced), and right at the top is Sensation Comics Featuring Wonder Woman #1, a new digital series that will allow some of the Amazon Princess’ most famous writers and artists to tell her stories. The “sensationl” title was undoubtedly named after Sensation Comics, the series in which Wonder Woman made her first appearance. 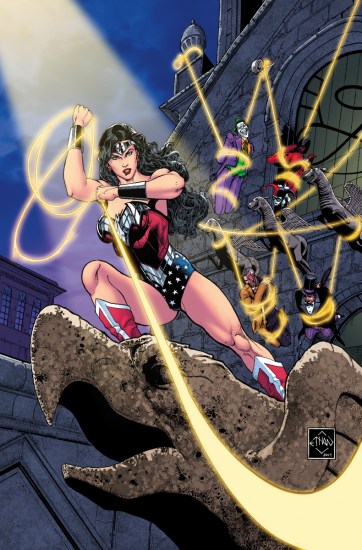 Diana Prince: Amazon warrior, ambassador to Man’s world, or champion of women in need? All of the above! This digital-first anthology series will bring some of comics’ greatest talents to Themyscira, and give them leave to explore Diana, her world – and ours!
Gail Simone and Ethan Van Sciver kick things off when Oracle calls for help after the entire Bat-Family gets sidelined. But when Wonder Woman steps into the breach, Gotham City’s criminals get the surprise of their lives! Then, Amanda Deibert and Cat Staggs take Diana to school, where she meets her biggest fan!

As a digital series, we can expect a few digital issues to hit the web, collected regularly into print issues every few stories or so. It’ll be great to see Gail Simone back to working with the character even briefly, if I may say so myself. It’s great to see another Wonder Woman title in a lineup where her two titles (in one of which she gets second billing to Superman) are dwarfed by those about Batman, Superman, and their expanded cast. It could only be better if it was a confirmed in continuity title.

And speaking of lady-led comics with lady creators, Lumberjanes, from the minds and pens of Noelle Stevenson, Grace Ellis, Shannon Watters, and Brooke Allen, has been promoted from an eight issue miniseries to an ongoing monthly comic, due to “overwhelming praise from critics and fans alike.” 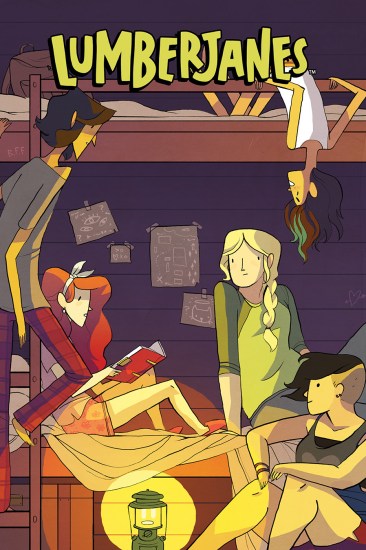 Seeing the reaction to this series is exactly why we do what we do here at BOOM! There’s been an outpouring of love and support for Lumberjanes, and much of that has come from fans who are picking up a comic for the first time in a while, if not for the first time ever. Noelle, Grace, Brooke, and Shannon have built an incredible comic book series that anybody can enjoy. ‘Friendship to the max’ sums it up perfectly.”