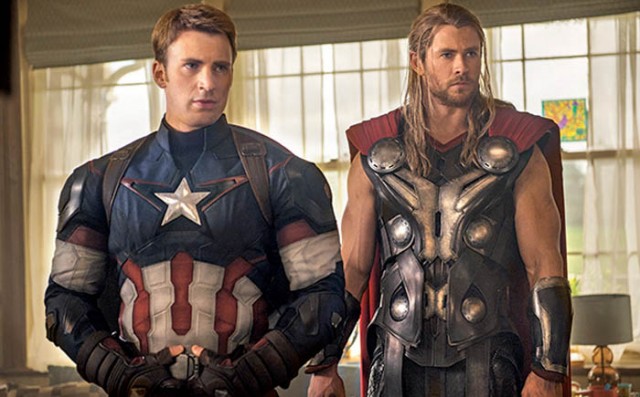 Good news, Marvel fans! The big Avengers: Age of Ultron trailer leak means not only did we get the trailer early – but now we also get extra Ultron footage as a result!

Over on Marvel.com, Agent M let us know that, as a thank you for helping the Ultron trailer achieve a record-breaking 34.3 million views in 24 hours, they’re going to be giving us more awesome preview footage. Tune in to Agents of SHIELD this Tuesday at 9pm for an “exclusive piece” from Ultron; and then again on Tuesday November 4th at 9pm, where they’ll air more Ultron goodies during Marvel 75 Years: From Pulp to Pop!

This is great for several reasons: first, obviously, because we get to see more sweet, sweet footage. But secondly, the Ultron trailer was clearly meant to drive viewership to Agents of SHIELD, which – despite being way, way better this season – has been flagging in the ratings. I’m sure a lot of people worked really hard behind the scenes to make that trailer release happen during the show, so it’s nice to know that hopefully they’ll be able to get some of that Ultron audience back by promising extra footage. And SHIELD really does deserve some higher numbers, because it really has vastly improved.