New Supernatural Promo Has Us Drowning in Emotion

We’re heading into the final stretch of our last ride with Supernatural next Thursday and the editors of the show have cooked up another gutwrenching promo from their “Shaving People, Punting Things” channel.

The clip shows a lot of things, both intriguing and troubling. We see Chuck (Rob Benedict) in a Radio Shed watching disasters, we see Jody Mills (Kim Rhodes) telling someone that “She’s Dead” – is she talking about her Wayward adopted daughter Claire (Kathryn Newton)?! Bobby’s there, kicking ass – possibly Sam’s ass – and oh, Death herself (Lisa Berry) is stopping in.

People are arming up and fighting hard…but are they winning? Or are the monsters getting the upper hand? We also see Kaia (Yadira Guevara-Prip) looking haunted and Sam (Jared Padalecki) sharing a tender moment with Eileen (Shoshanna Stern). 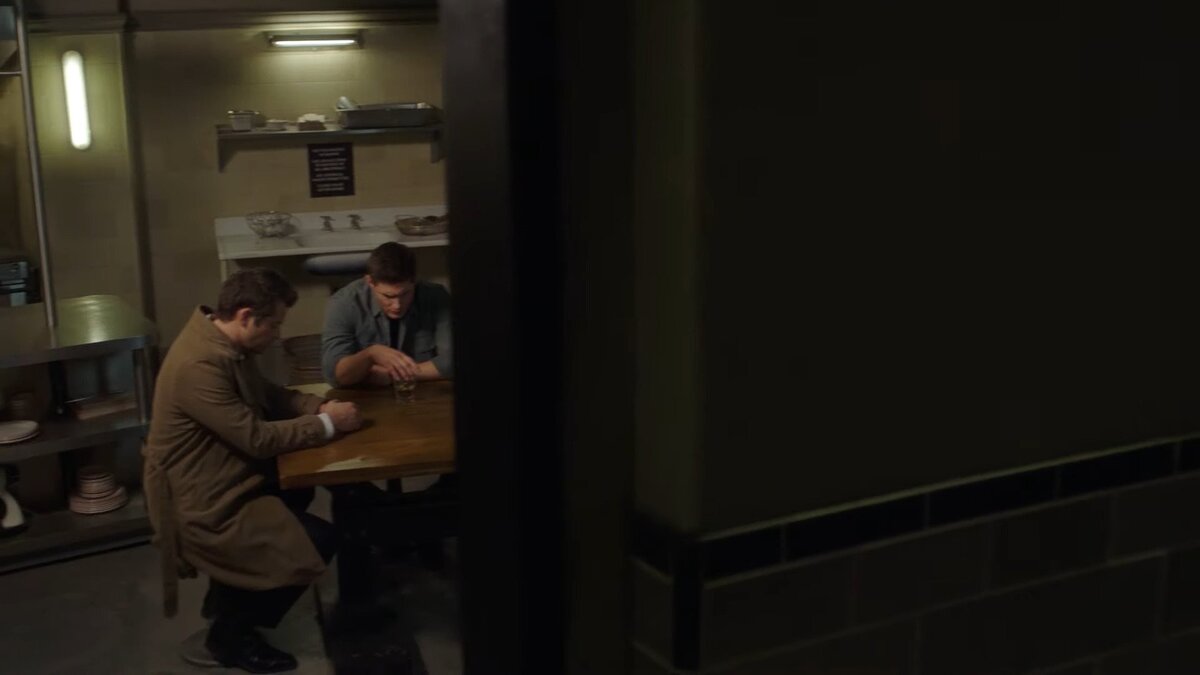 But we’re most concerned with our core three boys (well two boys and one multi-dimensional wavelength of celestial intent). We start with Dean (Jensen Ackles) optimistically saying that he and Sam will go down like Butch and Sundance … which is actually kinda grim, but at least they’d be fighting. We also see Dean and Castiel (Misha Collins) being their typical angsty, emotionally repressed selves, stumbling through purgatory and exchanging long stares. Are they going to get some relationship therapy in purgatory? And is Chuck going to be torturing Sam? Haven’t these boys been through enough? (The answer is: No. Not yet!)

But there’s some weirdness going on too … like, what are these looks? 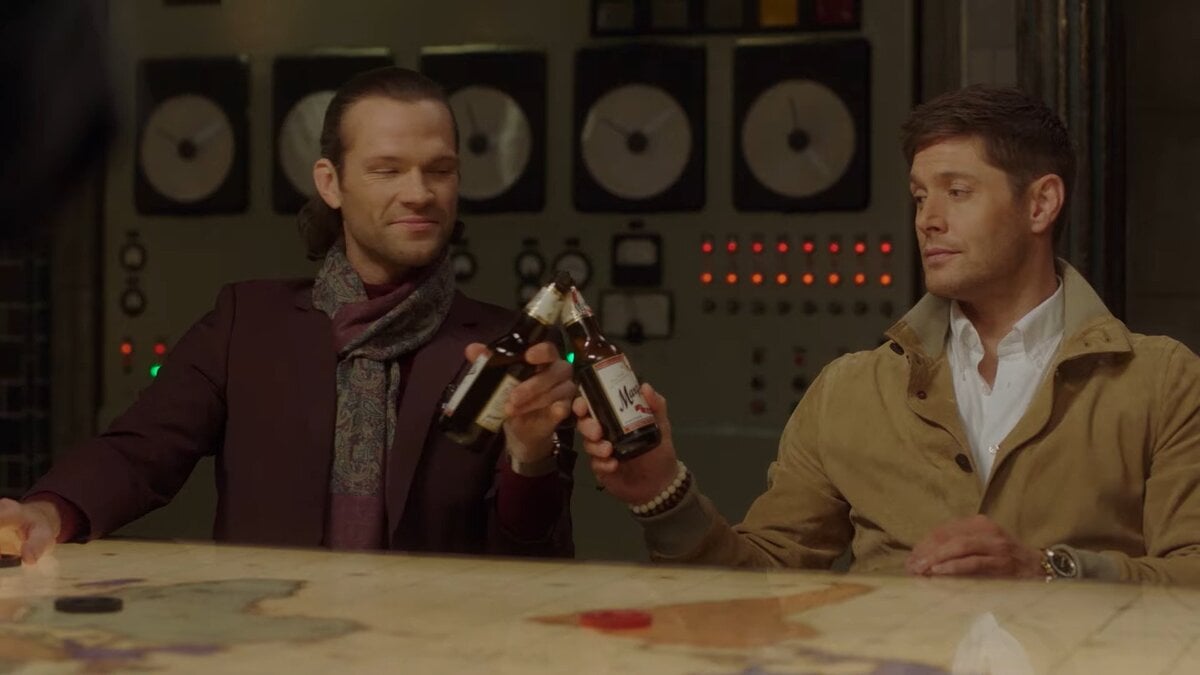 Could this be from the meta episode ten Andrew Dabb teased, set to air January 23 and titled “The Hero’s Journey”? What about this one of Dean … uhm getting ready to do some vaudeville? If Jensen Ackles is going to sing I am here for it. 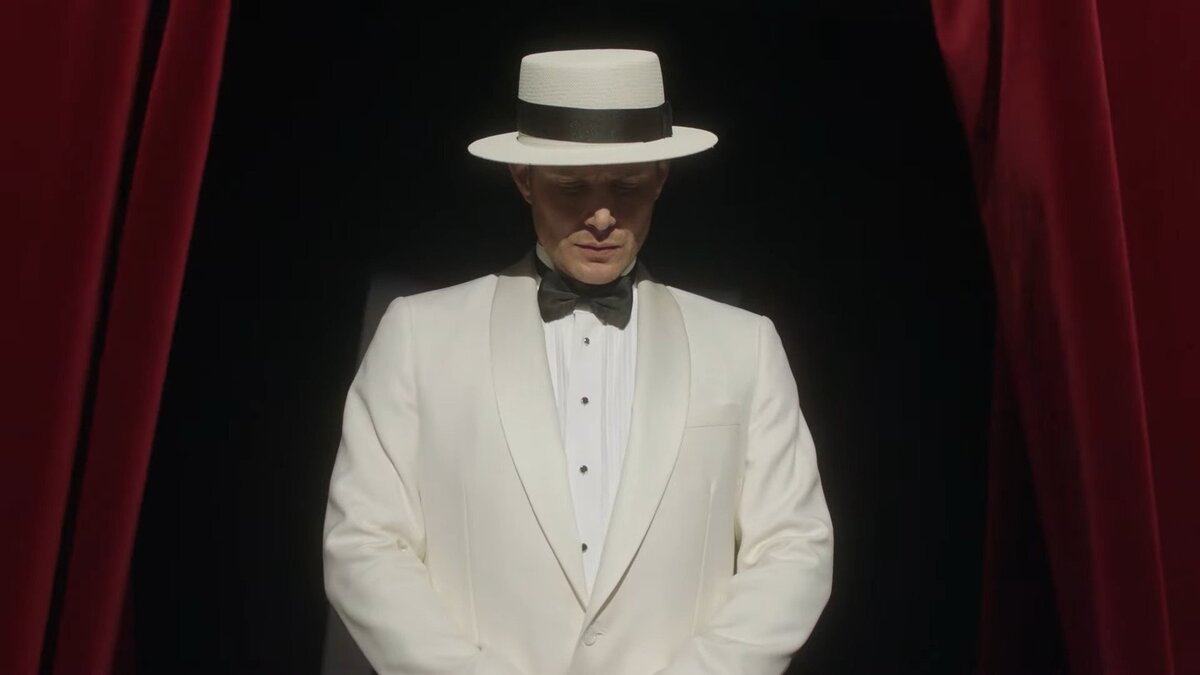 There’s also a brief glimpse of Dean holding a baby, meaning these upcoming episodes will be going for the emotional jugular in all ways as we barrel toward the end (SOB!) of the series. And how will it end? Sam doesn’t seem to think together is a possibility by the end of this promo. “What happened to Butch and Sundance?” Sam asks as Dean laments that they’ve lost—and he can’t stop some bad thing.

Ugh. When Dean Winchester cries, I cry and so I think I’m set to cry a lot in the coming weeks. 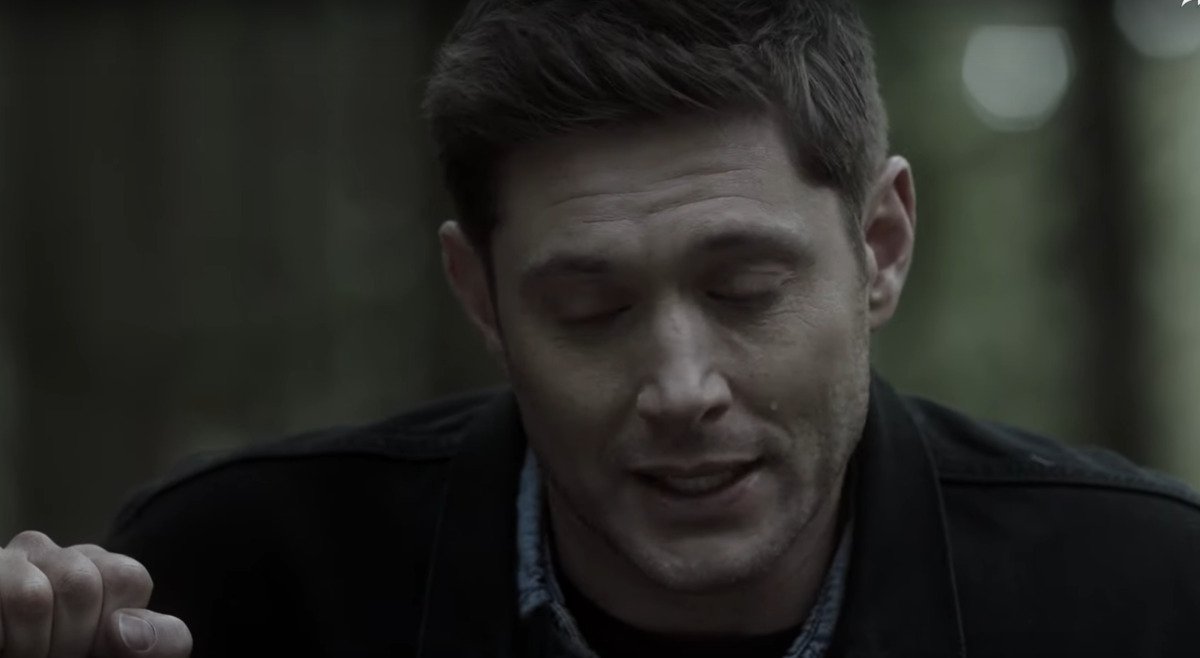 As a side note: I love these trailers. They made by the people behind the show, not The CW or Warner Brothers television and they’re literally something special just for the devoted, passionate fans of the show and it’s pretty amazing that these people – who already have busy jobs making Supernatural – take the time and effort to create these.

Supernatural returns next week on Thursday, January 16th at 8:00 p.m. on The CW.