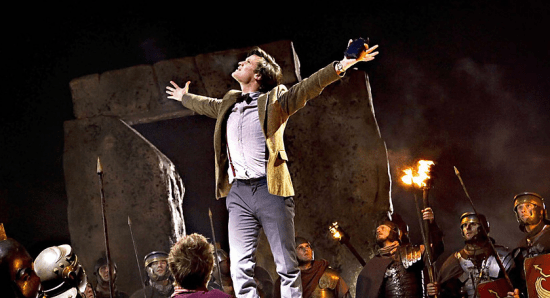 Is it an ancient clock? A calender? The site of rituals? Secret location of The Pandorica? There have been countless theories about Stonehenge over the years to try to explain its uses and origins, but a new theory says that Stonehenge is actually older, and way more fun than previously thought. If the theory is right, Stonehenge was actually an ancient party spot. Rock on, ancient Britons.

The theory comes from research done by a British team of researchers lead by Professor Mike Parker Pearson of University College London. Pearson said of the team’s findings:

Stonehenge was a monument that brought ancient Britain together. What we’ve found is that people came with their animals to feast at Stonehenge from all corners of Britain—as far afield as Scotland.

They also discovered that the site was originally a graveyard for the important people of 3,000 BCE, which was about 500 years before Stonehenge as we know it today is believed to have been constructed.

There were more than 80,000 excavated animal bones at the site from around 2,500 BCE which Pearson believes indicates that the site was originally used for large gatherings and feasts. These ragers, Pearson says, could have been attended by ten percent of the British population at the time.

The science seems to indicate that there ain’t no party like a Stonehenge party, because a Stonehenge party don’t stop — until the arrival of the “Beaker people” and their less unified form of politics that lead to a much more divided Britain and the discontinuation of huge parties at Stonehenge, as Pearson’s theory also suggests.

If the theory is right, then ancient Stonehenge was less like this:

(via Phys Org, image via The BBC)