This Is Not A Drill: All 200 Uncut Episodes Of Sailor Moon Are Coming To DVD, Blu-ray, And Hulu 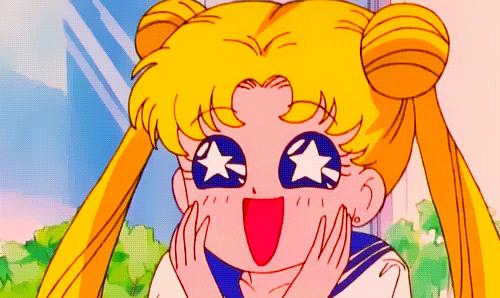 Hearken to me, dear readers, and bear witness to the chilling tale of trying to watch subtitled Sailor Moon episodes in the late ’90s. These were the days of dial-up, when downloading a single transformation sequence clip could take an hour (provided your parents did not pick up the phone). Obtaining full episodes was an odyssey, often involving VHS bootlegs of dubious legality. We heard whispers of the existence of Sailor Stars, the series’ final season, but alas, a US release was not to be. Most never saw those episodes, and those that did faced a long, arduous quest, in which seekers chased rumors of fansubs through mysterious message boards and the uncharted realm of GeoCities. These were dark times.

But lo, the powers of good have triumphed at last, for on Monday, May 19, Sailor Moon will begin streaming on Hulu and Neon Alley. The inaugural day will bring us the first four episodes, with two new episodes appearing every Monday until the saga is complete. Uncut, unspoiled. No missing scenes or kissing cousins. And as if that weren’t enough, the series is coming to DVD and Blu-ray, too. This, my friends, is a new age.

This news follows the acquisition of Sailor Moon by anime distributor VIZ Media, who now not only hold North American distribution rights for the existing anime, but the upcoming Sailor Moon Crystal as well. Details about their handling of the reboot are yet to come, but here’s what we know of the original: The streaming episodes will be subtitled, to start. An English dub with a brand new voice cast will follow (we’ll get an announcement on that front at Anime Expo in July). The dub will retain the Japanese character names and relationships (hooray! hooray!). VIZ will also be releasing limited edition DVD and Blu-ray sets this fall, as well as standard edition DVDs.

On the off-chance that you’re not excited yet, here’s an announcement trailer.

I will now express myself accordingly.