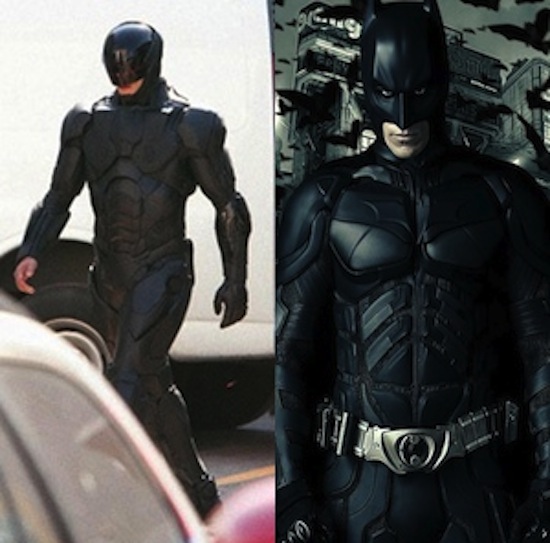 Everybody loves Christopher Nolan’s Batman movies, right? Ok, maybe not; but can we at least agree that everybody’s seen them? Of course we can.

It’s with that idea in mind that we present you with photos of the armor from the upcoming reboot of RoboCop, which is currently filming in Toronto, and on track to hit theaters next summer. Supposedly the first shots of the new suit, the new movie trades in the rounded chrome plates of 80’s RoboCop for a sleeker, black suit that… Wait a second: Didn’t that suit come with a cape?

While there are some obvious differences – RoboCop gets a tinted visor, and lacks Batman’s signature cape and pointy ears – it does seem that the costume designers for the new movie took their cues from one of the world’s biggest comic book blockbusters. Not that you can blame them: How many ways are there to make high-tech armor that kind of looks like it could be real but also looks futuristic? Like the original RoboCop, the new movie is supposed to have a pseudo present-day setting, (It’s set in 2028) which means everything in the world should have a somewhat familiar, albeit high-tech feeling: I guess that includes the non-existant cyborgs.

According to Comingsoon.net, that is Joel Kinnaman, star of the film, sporting the suit, confirming that the armor is RoboCop’s and not some random cyborg villain. Like the original RoboCop, the remake follows the story of Detroit police officer Alex Murphy, who is augmented with robotic parts after being critically injured in the line of duty. The movie co-stars Gary Oldman, Michael Keaton, and Samuel L. Jackson. 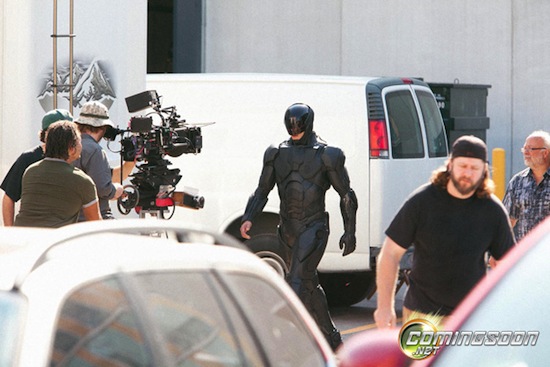 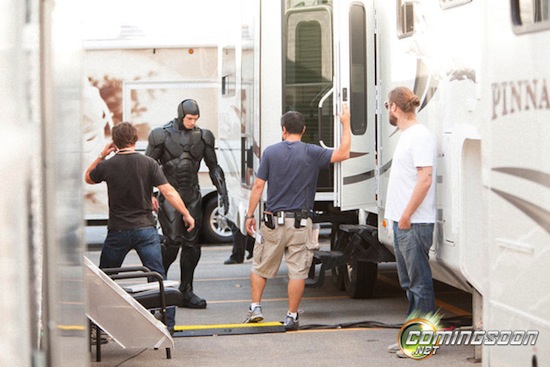 So here’s the question: Now that you see the resemblance, does dressing RoboCop like Batman make you want to see this movie more or less?