New Pictures From Brave Feature The Wisps And The Witch! | The Mary Sue

New Pictures From Brave Feature The Wisps And The Witch!

I don’t know about you but we are waiting impatiently for the arrival of Pixar’s Brave. To tide us over are some new images from Collider that feature not only the wicked (?) witch of the tale but also the spectral creatures known as the wisps!

The witch is voiced by Julie Walters in the film. Collider has her official description:

Deep in the overgrown Highland forest, a ramshackle blackhouse cottage is home to the Crafty Carver. This seemingly harmless, eccentric and long-in-the-tooth crone specializes in the whittling of wooden bear trinkets, figurines and curios. But the mysterious recluse is more than meets the eye. When Merida sees through the guise and reveals her as the Witch she truly is, Merida begs for a magical solution to her problems. The Witch begrudgingly gives in, conjuring a haphazard spell with an obscure riddle, which hold Merida’s fate in the balance. 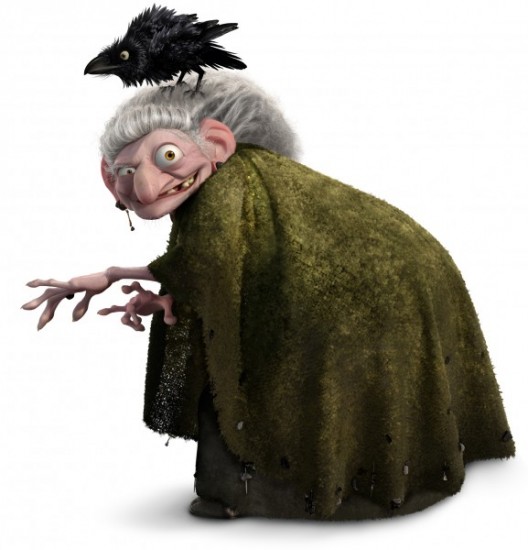 She reminds me a lot of Disney’s witch from Snow White here. 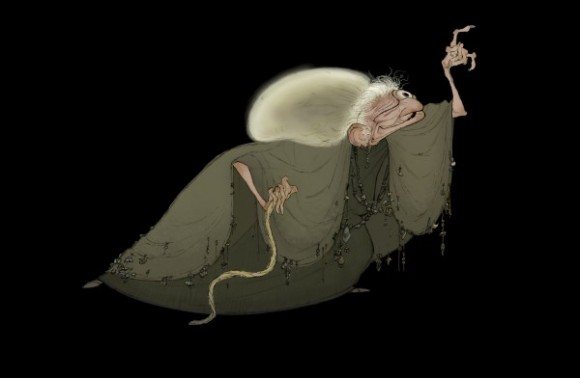 And this is her dwelling, which looks oddly like a Hobbit hole if you ask me. 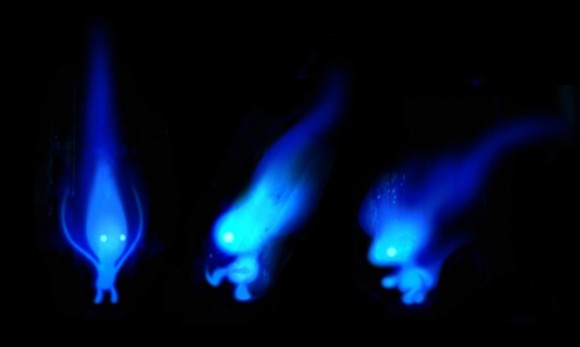 Now the wisps are a take on the will o’ the wisps from Scottish folktales. Here’s what Pixar has to say about them.

Travelers—particularly those who venture out after sunset on unfamiliar pathways—beware of the will o’ the wisps.

It is said—though by whom is a bit of a mystery—that on certain days for certain travelers in certain parts of the world, little lights dance on the horizon, whispering tempting invitations… pledging the answers to lifelong questions, the realization of dreams, a key to secret treasures—a change of fate.

Charmed and curious, unsuspecting travelers follow the floating lights, mesmerized by their whispers, their promises. Yet no matter how long or how fervently they follow, they never quite touch the beautiful beacons whose flickering lights eventually fade and disappear… leaving the inquisitors, the dreamers and the treasure seekers lost… and alone.