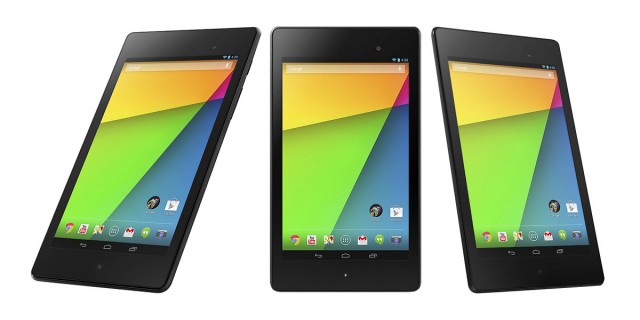 Google took the wraps off it’s updated Nexus 7 Android tablet today. According to the pre-order page on Best Buy’s site, the specs are pretty impressive considering the $230 price tag. The screen, processor, and operating system all saw a slight bump which makes the affordable tablet all the more tempting.

Besides the bump in specs, the price has gone up a bit as well with the original 16GB Nexus 7 going for $200, but considering the improvements it seems well worth the extra $30 for such a comparably inexpensive tablet. Although the tablet isn’t available yet, .

Update: It looks like what happened was that Best Buy offered the tablets for pre-order last night ahead of the Google event today. Since Best Buy probably shouldn’t have done that, the site now says the tablets are “Coming Soon.”

(via Engadget and Droid Life, images via Best Buy)