There’s a New Form of Magnetism, New State of Matter Thanks to MIT 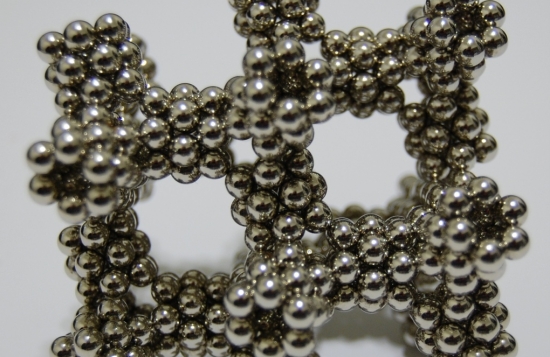 We all learned in elementary school that the three states of matter are solid, liquid, and gas. Then if you took science classes in high school you probably learned plasma was a state of matter too. For most people, it stops there, but there are actually a lot more states matter can get itself into, and science just went and found a new one. MIT researchers have discovered a new state of matter, complete with its own unique form of magnetism. We can’t wait to see what the Insane Clown Posse has to say about this.

The new state of matter is known as a quantum spin liquid (QSL) and it’s been believed to be possible since 1987, but hasn’t been proven until now. The researchers at MIT spent months growing a small sample of a crystal known as herbertsmithite, a mineral named after mineralogist Herbert Smith, to test the hypothesis that it was a QSL. Turns out, it is. They published their findings in a paper titled Fractionalized Excitations in the Spin-Liquid State of a Kagome-Lattice Antiferromagnet. If you’re in a band, and that isn’t the name of your next album then you’re doing it wrong.

When most people think of magnets, what they’re thinking of are examples of ferromagnetism. All the electrons in ferromagnets have the same charge and are aligned in the same direction. It’s what causes the north/south poles of magnets. Antiferromagnets have electrons that face opposite directions, and basically cancel out the magnetic charge of the object. Herbestsmithite, or ZnCu3(OD)6Cl2 if you want to get technical about it, is a kagome-lattice antiferromagnet.

The new type of magnetism found in QSLs like herbertsmithite is unique because the electrons fluctuate direction. The strong interaction between the electrons prevents them from being locked into place. So, while the state of the crystal is solid, the state of its magnetic field is in flux.

Besides giving you a new state of matter to throw around the next time someone tells you there are only four, QSLs could potentially lead to new forms of magnetic data storage, communications, and superconductors that can operate at higher temperatures.

(via ExtremeTech, image via sparr0)