At least we'll know exactly how to destroy this planet when we inevitably migrate there. 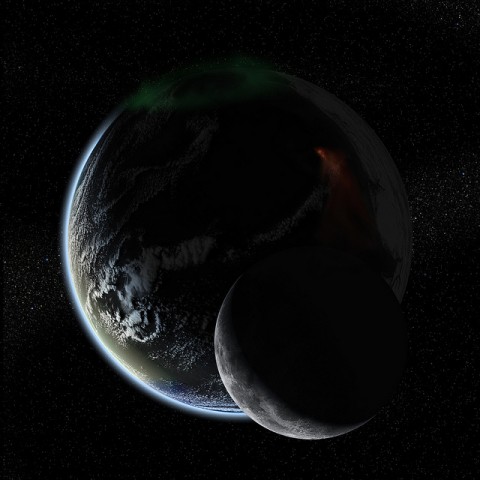 Details at this point are being kept on the down-low, but last week’s Search For Life Beyond The Solar System Conference yielded some very exciting news: a planet roughly the size of Earth and capable of having liquid water on its surface (and consequently life) may have been discovered inside the Milky Way. Road trip, anyone?

Astronomer Thomas Barclay along with NASA’s Ames Research Center in California used Kepler data to pinpoint a five-planet system orbiting an M-1 Red Dwarf Star. The outermost planet in the system is a Goldilocks planet, meaning it should be capable of having the conditions necessary to have liquid water. The unnamed planet’s radius is only 1.1 times that of Earth, making it the smallest Earth-like planet to be discovered yet. The smallest previous potentially habitable planet found was Kepler-62f, which has a radius 1.4 times that of Earth and orbits 1,200 light-years away from us, and is suddenly not as cool as it was a year ago.

Barclay has declined to comment on his findings until he is closer to publishing in a journal, but hubbub from the conference makes it clear that the scientists in attendance think the new planet’s discovery is cause for excitement. Says Astronomer Kim Bott of the Australian Center for Astrobiology,

Thanks to Barclay for the conference sneak peak of a new HZ exoplanet with 1.1 R_e . Can’t wait to see the publications! #ebi2014

I can’t wait either! Clearly, the most exciting kind of gossip is astronomy gossip.

(via Sploid and Discovery, image via Bill Lie)